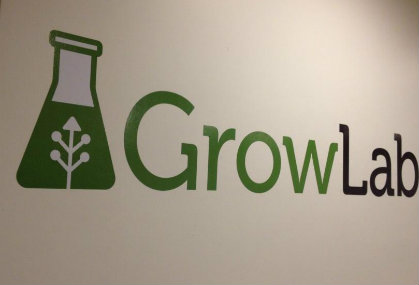 Vancouver, BC, October 29, 2013--(T-Net)--GrowLab announced that it has nominated three companies to receive permanent residency from the Startup Visa Canada program: Cognilab, Retsly, and Zeetl.

On Monday, October 21, Minister Chris Alexander revealed a new addition to the Startup Visa Canada program, the Business Incubator stream, which complements the existing VC and Angel Investor streams. GrowLab, a designated organization under Canadian Association of Business Incubation (CABI), is now eligible to put forward candidates from its cohort to receive the Startup Visa.

Mike Edwards, the Executive Director of GrowLab said, “I am incredibly proud for GrowLab to be a part of this initiative with CABI and CIC. I am happy for the founders and excited for the opportunities to come.” He then added, “the Startup Visa Canada - Business Incubation stream gives Canada a clear competitive advantage in attracting talented entrepreneurs that will go on to build impactful companies."

Since its inception, GrowLab has supported bright foreign entrepreneurs to accelerate their businesses in Canada. Ukranian Stanislav Korsei, co-founder and CEO of Zeetl shared that he chose Canada for the better environment to grow businesses, as well as the support available for startup companies. Stanislav stated: “As an entrepreneur, I feel more empowered by the Startup Visa Canada program. I can now focus on growing an innovative company in Canada to disrupt telecommunication industry world wide instead of worrying about visa applications and extensions for me and my family.”

Fellow GrowLab cohort, Joshua Lopour (co-founder and CEO of Retsly) echoed that statement. He stated: “Canada has done a fantastic job supporting entrepreneurs with tax-based incentives. Now that the Business Incubator stream has been introduced, foreign business owners like myself can finally feel secure in calling Vancouver home.“

GrowLab is currently accepting applications for its next cohort and welcome foreign entrepreneurs to apply. Details can be found at http://growlab.ca/apply-now.

GrowLab is a Vancouver-based startup accelerator that helps entrepreneurs build great companies through mentorship, seed funding, collaborative workspace, and three months of intensive programming. GrowLab brings together the best and brightest entrepreneurs from the world, and connect them with our global network of top tier investors, mentors and partners.