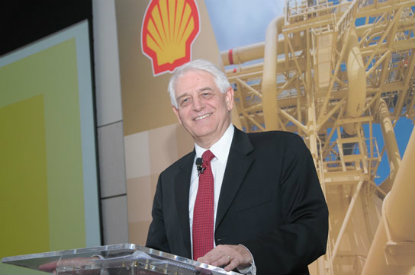 Vancouver, BC, December 5, 2014--(T-Net)--Chrysalix EVC, one of the longest standing and most active clean energy venture capital firms, announced the addition of Matthias Bichsel to the firm's Advisory Board.

Matthias will retire from Royal Dutch Shell at the end of December 2014, after a 34 year career with the company, where he was most recently a Member of the Executive Committee and the Director of Projects & Technology (since 2009).

As a member of the Chrysalix Advisory Board, Matthias will provide counsel to Chrysalix and its portfolio companies on investment and business strategies as they commercialize sustainable innovations for industries in transition, particularly oil and gas, but also electric power and utilities, mining and metals, automation and manufacturing, and chemicals and materials.

Matthias's expertise, influence and network in the oil and gas sector will serve as a key addition to Chrysalix as the company grows its portfolio of innovations and strategic involvement in the sector, according to the company.

“Matthias Bichsel is a welcome and very exciting addition to the Chrysalix Advisory Board. His global perspective, connections and expertise will directly benefit our portfolio companies and fuel our continued involvement in driving sustainable innovation in the oil and gas industry,” stated Wal van Lierop, President & CEO of Chrysalix EVC. “Access to relatively cheap and clean energy - including oil and gas - is one of the fundamental drivers of the globally rapidly evolving new energy economy. Having been on the front lines and in one of the most influential positions within this global industry, Matthias will offer incredible insight and guidance. We are honoured to have him as a part of the Chrysalix team.”

Matthias holds a Doctorate in Earth Sciences from the University of Basel, Switzerland.

He also held various positions with Shell Exploration and Production in Tanzania, Bangladesh, Oman, Canada and Indonesia (1980 - 1995). He currently serves as a Director of Canadian Utilities (Canada) and as a Director of Sulzer (Switzerland), and is an Honorary Professor of the China University of Petroleum. He also holds a position on the industry advisory board of the Society of Petroleum Engineers.

This announcement comes just months after Stanford University Professor and former McKinsey Director Stefan Heck was added onto the Chrysalix Advisory Board.

Editor's Side Note: Chrysalix EVC was co-founded in Vancouver, BC in 2001 by Wal van Lierop (current CEO) and Michael Brown (who was co-founder and former Chairman of the Board). Mr. Brown was previously Co-founder (in 1968) and up to March 1999 the President of Ventures West Capital Ltd., one of Canada's largest private sources of capital for early-stage technology companies, and arguably BC's first major and formal venture capital firm.

Chrysalix EVC is one of the longest serving cleantech venture capital firms investing in breakthrough sustainable innovations for energy intensive industries. The firm provides early-stage financing, hands-on assistance, and strategic connections to innovation companies confronting the world's most important energy and environmental issues. Chrysalix EVC is consistently ranked among the most active cleantech venture capital firms and is a member of the Chrysalix Global Network (CGN), a premier alliance of independent clean energy VC firms with offices in North America (Chrysalix EVC), Europe (Chrysalix SET), and Asia (GRC Chrysalix). Founded in Vancouver, Canada in 2001, Chrysalix EVC has one of the strongest investment teams in cleantech, and is backed by more than 20 international blue chip industrial and financial investors. For more information, please visit chrysalixevc.com.