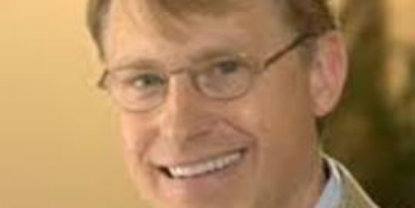 Since joining the C100 organizing committee in October 2013, Bonham has been actively involved in promoting the C100's mission of supporting the next billion dollar Canadian technology companies.

"Helping to accelerate growth and promote the past, present and future success of Canadian technology innovation are my top priorities as co-chair,” said Bonham. "Canadian-founded startups touch millions of people around the world, and we want to extend the brand awareness around our entrepreneurs so that when they're building the next billion-dollar company, the ‘Made in Canada' designation opens doors for them."

Bonham is a founding partner of GGV Capital and has been instrumental in helping the firm's portfolio companies navigate technology and marketing hurdles for more than a decade.

“Scott brings high energy and great vision to the C100 and will play a key role in helping to take the C100's mission of supporting Canadian technology entrepreneurship to the next level over the next couple of years,” said Barr. “His networks built over many years in the technology sector and venture industry will continue to give our organization the visibility and access that is so critical to enabling change. We welcome Scott and look forward to working with him.”

Prior to joining GGV, Bonham was a vice president at Capital Group Companies and a consultant at Booz, Allen & Hamilton. Bonham also spent four years at Silicon Graphics in various marketing roles and started his career as a systems engineer and maintenance foreman at a General Motors assembly plant. He earned a B.S. in E.E. from Queen's University (Canada), and an MBA from Harvard Business School.

The C100 is a San Francisco-based non-profit focused on connecting Canadian companies with the Silicon Valley in order to accelerate growth. The 100 charter members are some of the most connected Canadians in the Bay Area and include executives, entrepreneurs and VCs from the Valley's leading companies and firms. Together, this group is mentoring the next generation of Canadian tech companies. The C100 was founded in 2010. Funding partners and more information can be found at www.thec100.org.