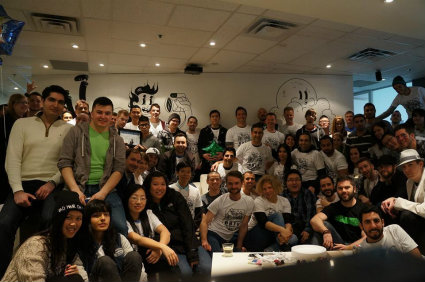 Vancouver, BC, August 5, 2014--(T-Net)--BroadbandTV (BBTV), a leading media and technology company based in Vancouver, BC, announced today a 100% increase in monthly impressions and volume of partners in just ten months.

BBTV now achieves two billion monthly impressions across its network and boasts over 20,000 partners, highlighting continued success and cementing the company as one of the largest and fastest growing players in the industry.

“We've focused on a diverse range of high growth verticals, and have experienced exponential growth on a domestic and international level,” said Shahrzad Rafati, Founder and CEO, BroadbandTV. “We operate the third largest MCN and continue to provide our partners, of all sizes, with tools and solutions that help them become more successful.”

In addition to its MCN business, BBTV has also experienced significant growth on the enterprise arm of the company. In April this year BBTV announced a major partnership with FremantleMedia, managing fan-uploaded content for over 200 popular FremantleMedia TV shows, including: The X Factor, Got Talent, The Price is Right, and American Idol. It joined a number of existing major media partners, from sports leagues such as the NBA to American cable and satellite television channels such as A&E.

BBTV has developed advanced and innovative technologies in the online video space: VISO NOVI, for detecting and managing fan-uploaded content and VISO Catalyst for enhancing viewership and engagement for premium videos. Both platforms empower content owners and creators to become more successful online, according to the company.