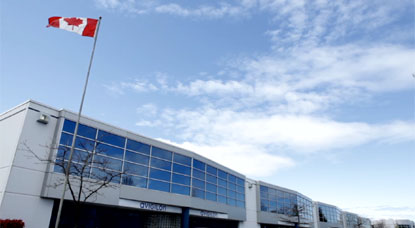 Vancouver, BC, September 22, 2014--(T-Net)--Business in Vancouver released its annual list of BC's Top 100 Fastest Growing Companies this past week.

27 BC technology companies have been included in this year's list (approximately - depending on definition of "tech company").

No surprise - Avigilon topped this year's list as the fastest growing technology company in BC, according to Business in Vancouver's rankings, with a 5 year revenue growth rate of 956.4%.

Annual revenue at Avigilon has risen from $16.9 million to $178.3 million in this period.

To see the full list of all 100 of BC's fastest growing companies, and to also see additional detail's on each company, including ownership, principals, prduct/service descriptions, year founded, employment growth, and revenue numbers, please see the Business in Vancouver website at www.biv.com (subscription required).

Editors Note: If you are a BC tech company and we have somehow missed you in the above noted list, please let us know, and we will add you to the list.

About Business in Vancouver

Business in Vancouver provides local business news and information that is relevant, current and actionable. They are the region's source for essential news, events and resources that are important to the business community. www.biv.com.