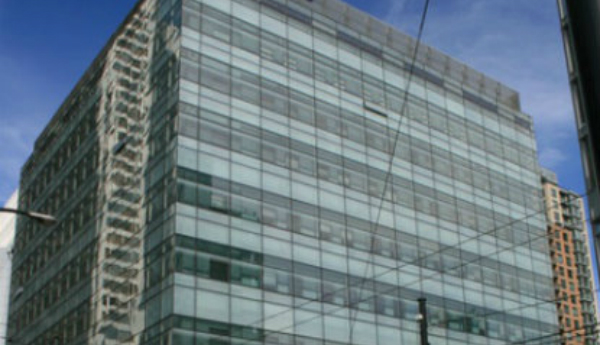 The building was financed through Avigilon's real estate term loan facility; additional details of the transaction were disclosed via news release on February 27, 2015 and April 7, 2015.

Editor's Note: Avigilon announced back in February that it had agreed to purchase the nine-story, 135,000 square foot office building located at 555 Robson Street in downtown Vancouver, Canada from TELUS for $42 million. The Building is adjacent to the new TELUS Garden building.

"We're pleased to announce the successful acquisition of our new global headquarters, which provides more than double the space we presently lease at a lower financing cost than our current rent," said Alexander Fernandes, Avigilon's Founder, President, Chief Executive Officer and Chairman of the Board. "Avigilon, which has over 1,000 employees, has an ongoing need for expansion as one of North America's fastest growing technology companies."

Certain information and statements in this news release contain and constitute forward-looking information or forward-looking statements as defined under applicable securities laws (collectively, "forward-looking statements"). Forward-looking statements normally contain words like 'believe', 'expect', 'anticipate', 'plan', 'intend', 'continue', 'estimate', 'may', 'will', 'should', 'ongoing' and similar expressions, and within this news release include any statements (express or implied) respecting: the continued growth of Avigilon and its workforce; the financial impacts of the Building purchase on Avigilon; and the availability of financing options and the costs thereof. Forward-looking statements are not guarantees of future performance, actions, or developments and are based on expectations, assumptions and other factors that management currently believes are relevant, reasonable and appropriate in the circumstances, including, without limitation: Avigilon's revenues and employee base will continue to grow; the financial and other benefits of purchasing the Building will outweigh those of leasing a comparable space; and the current financing options contemplated will remain available to Avigilon on similar or better terms. Although management believes that the forward-looking statements are reasonable, actual results could be substantially different due to the risks and uncertainties associated with and inherent to Avigilon's business, as more particularly described in the "Risk Factors" section of Avigilon's Annual Information Form dated March 3, 2015, which is available under Avigilon's profile on SEDAR at www.sedar.com. Material risks and uncertainties applicable to the forward looking statements set out herein include, but are not limited to, unforeseen events, developments or factors causing any of the aforesaid expectations, assumptions, and other factors ultimately being inaccurate or irrelevant. Although Avigilon has attempted to identify factors that may cause actual actions, events or results to differ materially from those disclosed in the forward-looking statements, there may be other factors that cause actions, events or results not to be as anticipated, predicted, estimated or intended. Also, many of the factors are beyond the control of Avigilon.