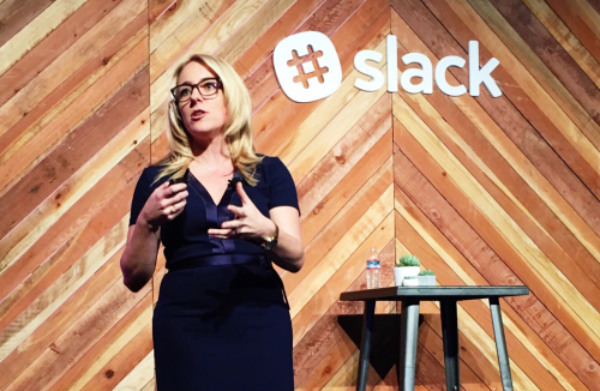 Vancouver, BC, December 16, 2015--(T-Net)--Workplace collaboration company Slack released today a trio of new announcements including the launch of a new App Directory, and a new $80 million Slack VC fund to support and encourage developers to build apps that interact with Slack.

The company also announced the launch of a new framework for Slack development called Botkit.

First up, the company announced the launch of its brand new Slack App Directory, where you can find over 160 apps that can extend the capabilities of Slack, sorted into curated lists by category, popularity, and staff favorites. 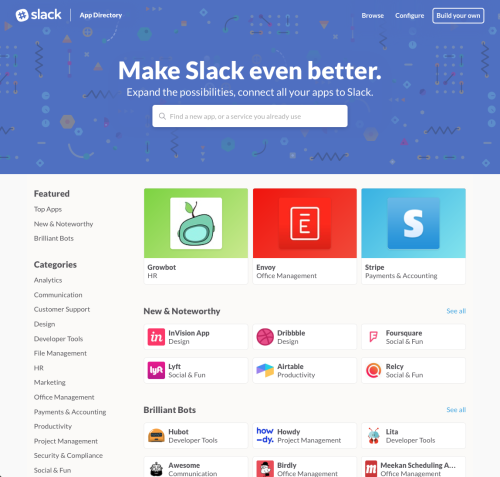 There are listings from a variety of categories such as design, marketing, office management, developer tools, and productivity. No matter what kind of team you're on, the company reported that it will have apps ready to make teams more productive.

The Slack Fund will fund both “Slack-first” apps as well as B2B and enterprise tools that make Slack integrations a core part of their offering.

The Slack Fund will ensure a wide range of new apps from a variety of developers will get built and launched thanks to this new financial backing. The company reported that it expects its portfolio to feature a diverse array of entrepreneurs working on solving problems for teams in every industry, function, and corner of the world.

Finally, the company also announced the launch of a new framework for Slack development called Botkit by the folks at Howdy.

The company reported that it greatly simplifies the creation of apps (especially bots) with a flexible codebase that handles things like authenticating apps to a team and the sending, receiving, and processing of messages with Slack's API.

With Botkit, developers can stop reinventing the wheel on basic functionality and instead get a head start on writing code for what their bots actually do and how their apps interact with Slack. Botkit will also provide a simplified way for new developers to get into programming for Slack by building off the collection of tools available in it.

If you'd like to begin developing apps for Slack check out tjhe companies API documentation and if you'd like to learn even more the company's Developer blog post about the announcements has in-depth technical information.