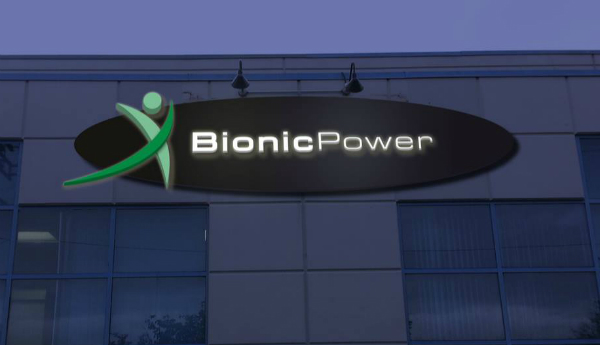 Vancouver, BC, June 19, 2015--(T-Net)--Bionic Power Inc., a leading provider of energy harvesting products for dismounted soldiers, professionals using battery operated devices away from the grid, and consumers announced today that it has signed a US$1.27 million contract extension with the U.S. Army for further development of PowerWalk®, Bionic Power's energy harvesting technology.

This contract is in addition to Bionic Power's existing contract of US$3.8 million with the U.S. Army.

“The U.S. Army has a goal of harvesting 100% of the electrical power in the field for dismounted soldiers. Bionic Power's energy harvester is one of the few technologies in the world that can deliver this type of capability,” says Yad Garcha, CEO.

Editor's Note: Bionic Power Inc. is led by CEO Yad Garcha. Yad Garcha was a long time venture capitalist in the Vancouver area with stints at GrowthWorks Capital and Business Development Bank of Canada, and a focus in the biotech, medical device, and pharmaceutical sectors. As a VC, Mr. Garcha backed Angiotech, Anormed (sold to Genzyme) and Creo Products (sold to Kodak). Mr. Garcha earned a Bachelor of Science in Microbiology from the University of British Columbia, and an MBA from the University of Western Ontario.

Funding for this contract originates from the U.S. Army Program Executive Office, the Project Manager Soldier Warrior organization and is administered by US chartered Consortium for System of Systems Security with further engineering support from the U.S. Army Natick Soldier RD&E Center.

Bionic's Power's PowerWalk® energy harvester charges batteries in the field. It lengthens soldier mission duration and solves logistical issues for armed forces. It allows first responders to remain in the field longer to assist victims of natural disasters. PowerWalk® energy harvester resembles an athletic knee brace and weighs about 850 grams (1.7 lbs) per leg. With a device on each leg, a user walking at a comfortable speed generates an average of 12 watts of power.  At this rate, a little over one hour of walking generates enough power to charge four mobile phones. The PowerWalk® energy harvester intelligently adjusts application of torque about the knee as a function of walking speed and terrain. Power is generated with little to no additional user effort similar to energy harvested with regenerative braking in hybrid cars.

Based in Vancouver, Canada, Bionic Power was founded in 2007. Spun out of a research lab at Simon Fraser University, Bionic Power is a private company and has 12 full and part-time employees. Bionic Power is developing PowerWalk® for professions where mobile power is mission critical including Soldiers and mobile professions like forest fire fighters and first responders. A scaled down version for consumers is under development.

Based in Atkinson, New Hampshire, the Consortium for System of Systems Security (SOSSEC) offers a rapid, cost-efficient and collaborative contracting vehicle for companies doing business with the US Government.

Based in Natick, Massachusetts, NSRDEC is the home of Army Science and Technology for the Soldier. It has a mission to maximize Soldier survivability, sustainability, mobility, combat effectiveness, and quality of life.