Grouplend team members at company offices in Vancouver, BC

Vancouver, BC, August 19, 2015--(T-Net)--Grouplend, developers of a leading Canadian online lending platform, announced today that it has closed an additional round of financing, and has now raised a total of $10.2 million since launching 10 months ago.

The round is being led by Markus Frind, CEO of PlentyofFish, and Lance Tracey, founder of Peer 1 Hosting and Sutton Real Estate Group. 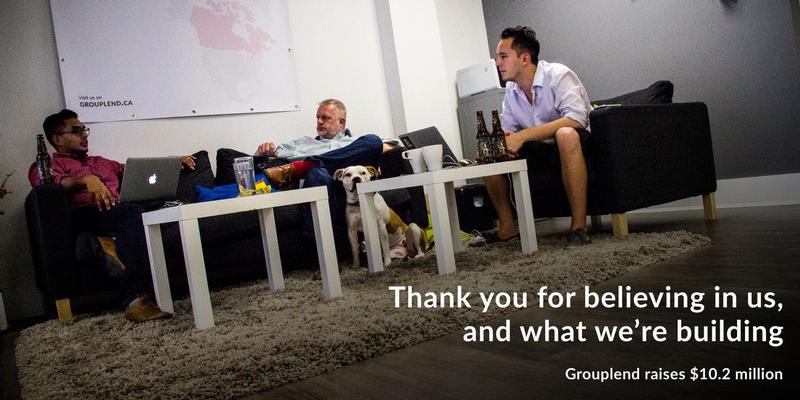 Less than a year into the company's operations, Canadians have flocked to the marketplace lending (or peer-to-peer lending) platform, searching for faster, more convenient and affordable access to credit, according to the company.

Using cutting edge software and advanced data science, Grouplend reported that it has stripped away much of the costly overhead associated with traditional banking, which may enable it to significantly reduce interest rates and service time.

According to information contained on the company's website, it only takes 2-3 minutes to apply and you'll have a personalized quote within seconds with a rate that's tailored specifically to you. The company's loan rates range from 5.9-17.25% and they will lend up to $25,000 on 3 year terms. Your credit score will also not be affected by applying.

The type of borrower targeted by the company are "borrowers who are at least 19 years of age, citizens or permanent residents of Canada, have a minimum of 36 of credit history, a minimum gross annual employment income of $30,000, and a minimum FICO credit score of 690", and most commonly the loans are for "consolidating credit cards and other high interest debt, home improvements, and starting or growing a business", according to the company.

The company reported in a press release today that it has already processed "hundreds of millions of dollars" in loan applications and serviced thousands of borrowers.

"A Canadian company going from zero to this stage in 10 months is nearly unprecedented, and we are only getting started," says Kevin Sandhu, CEO of Grouplend. "This round of financing will provide Grouplend the necessary ammunition to accelerate our reinvention of lending in Canada, through new products and strategic partnerships."

Grouplend is at the forefront of a new generation of promising Canadian startups, benefiting from the previous generation of now-mature technology and startup companies through active investment and mentorship.

Recent liquidity events in BC, including the sale of Markus Frind's PlentyofFish for US$575 million, have helped created a group of newly-minted millionaires - who are investing back into the Canadian startup community.

"Grouplend is one of the most promising and innovative startups in Canada," says Frind. "Its technology-anchored approach has the potential to revolutionize banking in this country."

The fundraise will spark a wave of hiring for Grouplend. The company plans to double the size of its team by the end of 2015, bringing on additional software engineers and data scientists as well as forward-thinking credit minds, marketers and operators. Grouplend plans to grow its presence in the Canadian market and to further cement itself as Canada's leading online lending platform.

"I'm incredibly excited about what we have accomplished over the past year and even more excited about what is ahead of us." Sandhu explains. "We set big goals when we launched and I am happy to say we are not only achieving those goals, but setting even bigger ones as we continue to grow."

Kevin Sandhu is a Groupland founder & the company's Chief Executive Officer (CEO). He is a former investment banker and private equity investor and graduated from Simon Fraser University on the Dean's List with a degree in Finance and is a CFA charterholder. 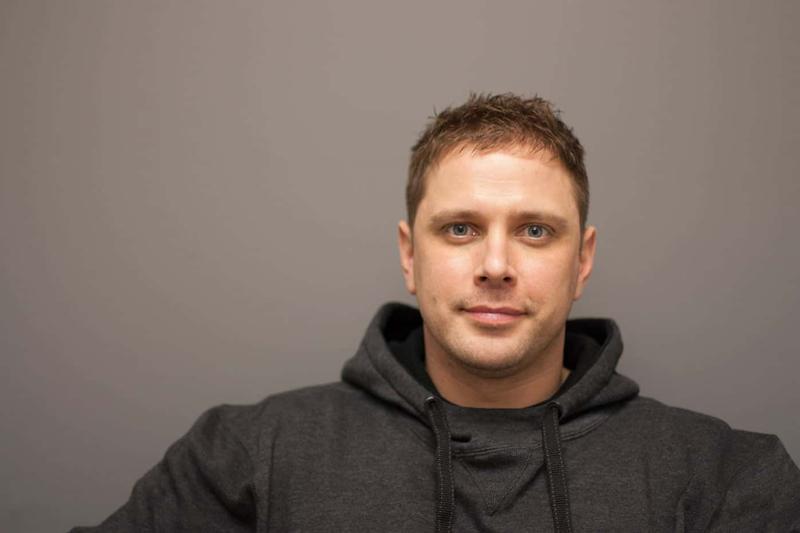 Daniel Cowx is the company's Co-Founder & Chief Technology Officer and reports on teh company's website indicate that he has previously founded, grew, and sold a profitable cloud based computing software company. DAniel was also previously with Creo, Kodak and Sony and graduated from Simon Fraser University with a first class honours degree in Software Engineering.

Darryl Knopp is Grouplend's Chief Credit Officer. He has over twenty years of international credit and risk management experience. He previously served as Chief Risk Officer of one of Vietnam's leading banks, as well as the Senior Vice President of Lehman Brothers Asia and held several senior management roles in Canada, the US and Japan including TD Bank, Fair Isaac Corporation (FICO) and PC Financial. He graduated from University of Calgary with a degree in Actuarial Science and minor in Commerce.

Editor's Note: The full team can be seen on the Grouplend website here.

Grouplend is the new generation of finance, leveraging the power of technology to give Canadian consumers a better way to borrow - one that is faster, easier, and more affordable than getting a loan from a bank or carrying a balance on a credit card. We are building modern banking using cutting-edge software and data science to reinvent lending.