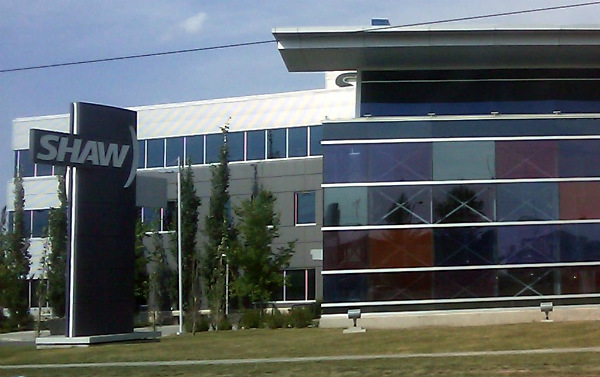 Vancouver, BC, January 13, 2016--(T-Net)--Shaw Communications Inc. announced today that it has entered into a share purchase agreement ("SPA") with Corus Entertainment Inc. (“Corus”) to sell 100% of its wholly owned broadcasting subsidiary, Shaw Media Inc. (“Shaw Media”), for $2.65 billion (the "Transaction").

“This transaction represents a significant milestone for Shaw, firmly positioning the company as a leading pure-play connectivity provider with an attractive growth profile while allowing Shaw to participate in the significant upside potential resulting from the combination of Shaw Media and Corus,” said Chief Executive Officer, Brad Shaw. “With the previously announced acquisition of WIND and sale of Shaw Media, Shaw will be focused on delivering consumer and small business broadband communications supported by its best-in-class wireline, WiFi and wireless infrastructure. In combination, these transactions will also enhance Shaw's growth profile, with approximately 25% of total revenue derived from growth services1.”

The combination of Shaw Media and Corus creates a powerful integrated media and content company with increased scale, a strong mix of media properties, meaningful synergies and best-in-class management that is extremely well positioned to succeed in the new regulatory environment. “We are excited about the prospects for Corus and the value of our ongoing stake in the new company. We fully believe that bringing together these media companies strengthens Corus' position among its competitors and, as a combined entity, will be able to further leverage and maximize growth opportunities,” said Mr. Shaw.

“Through this transaction we are able to crystalize an attractive value for Shaw Media and realize substantial value creation for Shaw shareholders since acquiring CanWest in 2010. Furthermore, our retained equity interest in Corus will allow Shaw shareholders to participate in the upside potential resulting from the combination of Shaw Media and Corus,” said Paul Pew, Chairman of the Special Committee of the Board of Directors of Shaw formed in connection with the Transaction.

“We are grateful to our colleagues at Shaw Media for their contributions to Shaw's success over the past five years, and for their leadership, ingenuity and insight into developing content and programming that puts the interests and needs of Canadian viewers first. Shaw's ongoing investment in the combined company reflects our commitment and confidence in the people at Shaw Media and we look forward to participating in their future success,” said Mr. Shaw.

Doug Murphy, Chief Executive Officer of Corus, stated, “This acquisition represents a transformational transaction for Corus that positions the combined business as one of Canada's leading media and content companies with significantly enhanced scale and growth prospects going forward. We are pleased with Shaw's confidence in the combined business as evidenced by its pro forma ownership interest in Corus and commitment to participate in our dividend reinvestment program.”

Fairness Opinions and Board Approval

TD Securities Inc. ("TD Securities"), as financial advisor to Shaw, and Blair Franklin Capital Partners Inc. ("Blair Franklin"), as financial advisor to the Special Committee, have each provided an opinion to the Special Committee and Board of Directors of Shaw that, subject to the assumptions, qualifications and limitations provided therein, the consideration to be received by Shaw pursuant to the Transaction is fair, from a financial point of view, to Shaw.

The Board of Directors of Shaw approved the Transaction based on, among other things, the recommendation of the Special Committee of independent directors, comprised of Paul Pew, Adrian Burns and Michael O'Brien, and the fairness opinions of TD Securities and Blair Franklin.

The completion of the Transaction is subject to approval by Corus' shareholders, including by more than 50% of the votes cast by Corus' minority Class A Voting and Class B Non-Voting shareholders, excluding any shares held by an interested party and their respective affiliates, each voting separately as a class. The Transaction is also subject to customary closing conditions and all

2“EBITDA” does not have a standard definition prescribed by IFRS and therefore may not be comparable to similar measures disclosed by other companies. EBITDA is equivalent to “Operating income before restructuring costs and amortization” which is often used in the Company's disclosure and is defined as revenue less operating, general and administrative expenses. For discussion on this measure, see 2015 Annual Report under “Key Performance Drivers”. “Proportionate EBITDA” means EBITDA less the non-controlling interests in properties of Shaw Media held by third parties. Proportionate EBITDA reflects the results of Shaw Media relative to its own interest in its operations and excludes such interests of third parties.

necessary regulatory approvals, including the Canadian Radio-television and Telecommunications Commission. The Transaction is not subject to approval by the shareholders of Shaw or any financing condition and is expected to close in fiscal Q3, 2016.

Upon completion of the Transaction, Shaw will have the right to nominate three directors to Corus' Board of Directors, including one Shaw nominee to the Corus Executive Committee and any Corus Special Committee (other than where Shaw or an Affiliate is interested in the transaction). Shaw will retain its existing interest in shomi, the subscription based, streaming video on demand service launched in 2015 in partnership with Rogers Communications Inc.

Planned Use of Proceeds

Shaw expects to realize net cash proceeds from the Transaction of approximately $1.8 billion which will be used to fund the previously announced acquisition of WIND Mobile Corp. (“WIND”) for $1.6 billion.

Shaw expects the Transaction and the acquisition of WIND to close in fiscal Q3, 2016. If WIND closes in advance, Shaw plans to draw on the previously announced bridge facility to close the acquisition of WIND, pending the closing of the Transaction. Shaw's pro forma net debt to EBITDA leverage metric, assuming successful completion of both transactions, remains within our target range of 2.0x - 2.5x.

Shaw believes that the enhanced growth profile strengthens its long term free cash flow position and ability to deliver on Shaw's commitment to growing the dividend. In the near term, Shaw is pleased to announce that its Board of Directors has confirmed the current annual dividend rates of $1.185 on Class B Non-Voting Shares and $1.1825 on Class A Voting Shares.

Shaw will discuss the Transaction, in conjunction with our first quarter fiscal 2016 results, on the previously scheduled conference call on Thursday January 14, 2016.

Advisors and Legal Counsel for Shaw

Statements in this news release relating to the sale of Shaw Media, the acquisition of WIND, Shaw's related financing, Corus' competitive position and growth prospects with its acquisition of Shaw Media and Shaw's enhanced growth profile, long term free cash flow position and commitment to growing dividends constitute "forward-looking statements" within the meaning of applicable securities laws. These statements are based on assumptions made by Shaw that it believes are appropriate in the circumstances, including without limit, that: regulatory and Corus shareholder approvals will be received and other conditions to closing the sale of Shaw Media will be satisfied; regulatory and other conditions to closing the acquisition of WIND will be satisfied; Corus will realize significant growth prospects and opportunities for synergies and strengthen its competitive position with its acquisition of Shaw Media; expected business and financial results for Shaw and WIND will be realized; the pricing environment for WIND is stable relative to current rates; there is no significant market disruption or other significant changes in economic conditions, competition or regulation affecting Shaw or WIND; the planned upgrade of the WIND network to 4G LTE, other growth plans and the convergence of Shaw's network and WIND's network can be executed in a timely and cost effective manner to yield the results expected for Shaw and WIND; and free cash flow levels will be sufficient to support future dividend increases. There is the risk that one or more of these assumptions will not prove to be accurate and this may affect closing of the transactions and/or the business, operational and financial expectations for Corus, Shaw Media or Shaw. Undue reliance should not be placed on any forward-looking statement. Except as required by law, Shaw disclaims any obligation to update any forward-looking statement.