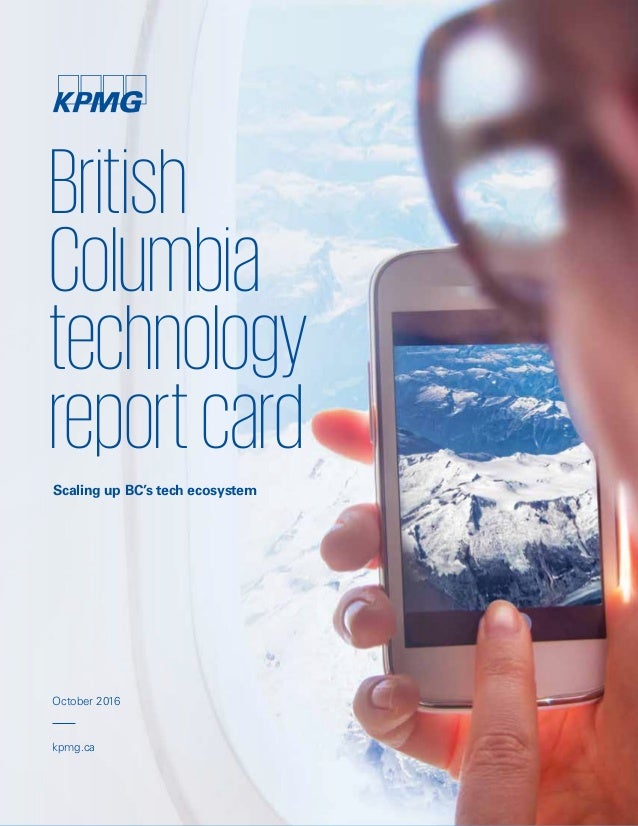 This is an improvement from the “C+” grade that BC received for its global performance in the 2014 report.

British Columbia's tech sector continues to be a growth engine for the provincial economy, contributing over $15 billion towards provincial GDP - more than the traditional resource industries of forestry, mining, and oil & gas combined.

The 2016 report “Scaling up BC's tech ecosystem” reveals that tech sector revenue grew by an impressive 14.4 per cent since the last report card. On a national basis, BC's tech sector grew faster than its counterparts in Ontario and Quebec, and outperformed the US national average.

The BC tech sector also saw an expansion in the number of medium and large-sized firms, posting growth rates of 14 per cent, compared to just 6 per cent growth in the number of startup and small firms.

“The tech sector in British Columbia has flourished in recent years,” states Bill Tam, President and CEO of the BC Tech Association. “With a vibrant and diverse community of tech companies, it's up to us to take full advantage of the networks and collaborations already in place and strategically invest in making British Columbia one of the top technology ecosystems in the world.”

The report identifies access to talent as the biggest constraint that BC's technology companies now face in expanding their businesses. Although employment grew at a healthy 22 per cent in the period from 2004 to 2009, the growth rate in jobs has softened in the past five years, growing at just 5.7 per cent.

During the same period, average tech wages increased by 25 per cent to over $82,000 per year, a 76 per cent increase over the average BC wage. While the tech sector continues to provide among the highest paying jobs, the companies trying to recruit are increasingly sounding the alarm on the talent crisis, particularly in technical and executive roles.

“It's clear that we have the right ingredients to compete with other great technology sectors around the world, however, we still need to support an environment that enables companies to achieve their full potential within the province.” states Kostya Polyakov, Partner, GVA Leader for TMT, KPMG. “We need to entice top talent to not only stay in BC but to also relocate to the province.”

The report recommends the need to further invest in two key areas: scaling the growth of companies, and educating, attracting and retaining top tech talent.

Other key findings of the report include:

The findings from this report are further examined in the BC Tech Association's 4 Point Plan for Growth (www.wearebctech.com/4pointplan) - a policy framework that details the actions necessary to advance the four pillars of Talent, Capital, Markets and Scale to accelerate the growth of the technology industry in British Columbia.

To view the complete 2016 BC Technology Report Card, visit www.wearebctech.com/ReportCard.

KPMG LLP, an Audit, Tax and Advisory firm (kpmg.ca) and a Canadian limited liability partnership established under the laws of Ontario, is the Canadian member firm of KPMG International Cooperative (“KPMG International”). KPMG member firms around the world have 174,000 professionals, in 155 countries.

The BC Tech Association is guided by our vision of making BC the best place to grow a tech company. For more than 20 years, BC Tech (formerly the BCTIA) has been providing opportunities for the tech industry to collaborate, learn, and grow together. We are dedicated to connecting companies, developing talent, sharing stories, and advocating on behalf of tech companies to keep our industry thriving.

We serve as a platform to grow the tech ecosystem, building programs and initiatives that uphold our core values: Be of Service, Succeed Together, Pay it Forward.