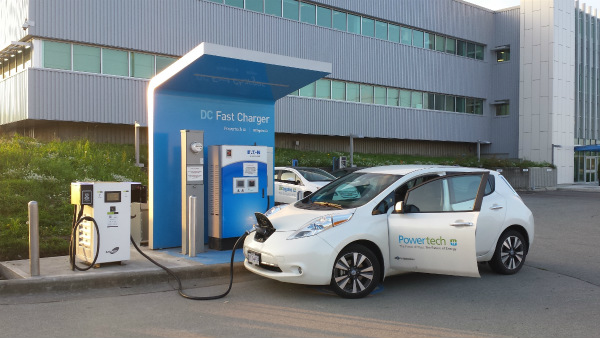 Vancouver, BC, October 20, 2016--(T-Net)--The electric vehicle charging network in B.C. has reached a significant milestone with the completion of a BC Hydro pilot project to install 30 direct current (DC) fast charging stations throughout the province.

Construction of the last station, located in Vernon, was completed this month.

"Canadians want low carbon transportation options, which is why we are investing in electric vehicle infrastructure across the country," said the Honourable Jim Carr, Canada's Minister of Natural Resources. "Efforts to cut greenhouse gas emissions in the transportation sector are key to achieving our climate change objectives and growing our economy."

"British Columbia is a leader in clean-energy vehicles, with the largest public charging infrastructure network in Canada," said Minister of Energy and Mines Bill Bennett. "Encouraging environmentally-friendly transportation is part of our broader plan to ensure B.C. remains a climate action leader."

"British Columbia is one of the best places to own and drive an electric vehicle," said Eric Foster, MLA for Vernon-Monashee. "Last year, more than 98 per cent of the electricity generated in the province was from clean or renewable resources and it's this clean electricity that makes switching to an electric vehicle a practical and sustainable choice."

"Our Council has a strategic goal of creating a safe, efficient and sustainable transportation network in Vernon, which includes important infrastructure that can help reduce our impact on the environment," said Mayor Akbal Mund. "The DC fast charging stations are key components in meeting our goals of being a sustainable community and ensuring we meet the growing demand for electric vehicles in our city and in the province."

Fast charging stations can charge an electric vehicle's battery to 80 per cent in just 30 minutes.

BC Hydro has been installing the stations since 2012 with support from the provincial and federal governments and in partnership with municipalities and regional districts throughout the province.

"BC Hydro is focused on removing barriers for our customers who want to own an electric vehicle," said Keith Anderson, vice president, Customer Service, BC Hydro. "Electric vehicles can help British Columbians save money. Our electricity rates are among the lowest in North America, which means by switching to an electric vehicle you could save 75 per cent on fuel costs."

The 30 fast charging stations connect drivers from the Lower Mainland to Merritt and Kamloops, up to Whistler, Vancouver Island and the Southern Interior.

It is estimated that 300,000 electric vehicles will be on the road in B.C. by 2030. BC Hydro works with local governments to implement policies, develop charging infrastructure guidelines and update building codes, making British Columbia a leader in electric vehicles.

For more information, visit the Province of B.C. website.