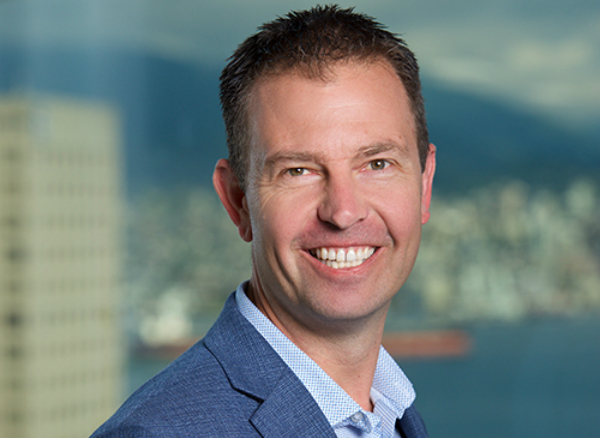 Vancouver, BC, October 20, 2016--(T-Net)--BuildDirect, a Vancouver-headquartered company and developers of a leading online marketplace for home improvement products, today announced that Goldman Sachs (NYSE:GS) has recognized BuildDirect co-founder, president and CEO, Jeff Booth, as one of the 100 Most Intriguing Entrepreneurs of 2016 at its Builders + Innovators Summit in Santa Barbara, California.

Goldman Sachs selected Booth as one of 100 entrepreneurs from multiple industries to be honored at the two-day event.

Booth co-founded BuildDirect in 1999 with the intention of rebuilding the home improvement industry to make it simpler and more trusted for homeowners. Since then, Booth has revolutionized the heavyweight supply chain so that building supplies can be delivered from anywhere directly to the home, developed unique predictive analytics and data tools that allow suppliers to predict demand and built an online platform that connects sellers with homeowners to cut costs and offer more product selection.

“Goldman Sachs has been a remarkable champion of innovation, particularly in our space, so I am humbled to be included with this outstanding group of entrepreneurs,” said Booth. “2016 has been an exciting year for BuildDirect as we introduced our Home Marketplace, launched a new Clean Energy division, and have continued to grow our customer and partner base at a record clip.”

“We are honored to recognize Jeff Booth as one of the most intriguing entrepreneurs of 2016,” said David Solomon, co-head of investment banking at Goldman Sachs. “This is the fifth year that we've hosted the Builders + Innovators Summit where emerging business leaders gather to discuss their common interests in building thriving organizations.”

For more than 145 years, Goldman Sachs has been advising and financing entrepreneurs as they launch and grow their businesses. In addition to honoring 100 entrepreneurs, the summit consists of general sessions and clinics led by Goldman Sachs experts, seasoned entrepreneurs, academics and business leaders as well as resident scholars.

Drawing on his background as a builder, Jeff Booth co-founded BuildDirect in 1999 from his first-hand experience with the inefficiencies and high costs inherent with the home improvement and building supplies industry. Booth utilized best-of-breed technology to help create a simpler and more trusted home improvement industry, ultimately opening a world of possibilities for homeowners, suppliers and those in trades and shipping.

Today, Booth is recognized as a thought leader on entrepreneurship, the future of e-commerce and how digital media is changing the world. He has been featured in Forbes, TechCrunch, Inc.com, The Globe and Mail, BNN, Bloomberg News and The Wall Street Journal. He is also a regular contributor to Fast Company and Entrepreneur Magazine.

BuildDirect is headquartered in Vancouver, British Columbia. For more information, visit our website at BuildDirect.com