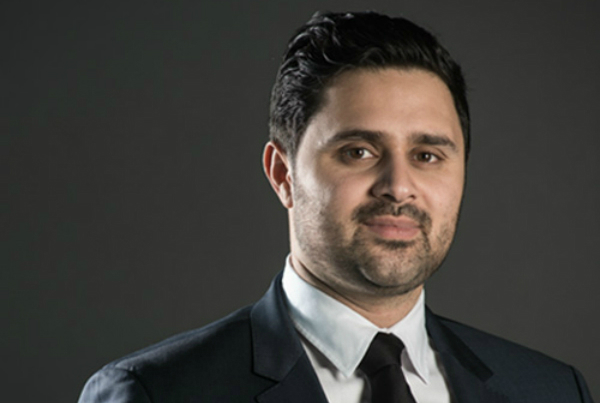 Vancouver, BC, October 6, 2016--(T-Net)--The National Angel Capital Organization (NACO) announced today that Vancouver, BC-based angel investor Manny Padda has been recognized as the recipient of the 2016 Canadian Angel of the Year Award.

Presented by BDC Capital, the award seeks to identify the individual angel investor who has most contributed to the growth and development of angel investing in Canada through a combination of investment, mentorship, and leadership within their local ecosystem.

This year's award recipient, Manny Padda, is the Founder and Managing Director of New Avenue Capital, a global firm that focuses on venture capital, recruitment, private lending and real estate, and social venture and philanthropy.

A self-made entrepreneur, Manny built his first multi-million-dollar company at age 26. He is also a co-founder of GradusOne, an organization that connects students and new graduates with mentors and provides them with resources to help them refine their career path and achieve success.

He also sits on a number of advisory boards in the education and not-for-profit sectors, and is an active Advisor and Angel Investor globally and in Vancouver's tech community, having personally invested in local start-ups including Picatic, MyBestHelper, Change Heroes, ShareShed, and Tangoo. It is Manny's personal mission to build 1,000 schools and to educate more than 1 million people worldwide.

"The angel investment space has grown significantly in Canada over the past five years and has become an important segment of the early stage startup ecosystem," said Alison Nankivell, Vice President, Funds and Co-investments at BDC Capital. "BDC Capital is sponsoring this award to applaud the role angels play in launching Canadian companies as well as to highlight exemplary approaches to angel investing."

"I am honoured to receive this reward from NACO. The Canadian Angel community along with NACO has been a champion for start-ups and I look forward to investing with other angels in the years to come," commented Manny Padda.

Manny was recognized and honoured at NACO's 2016 National Angel Summit in Vancouver last night on October 5th, 2016. The award was presented by BDC Capital during the Gala Awards Ceremony.

With more than $2 billion under management, BDC Capital is the investment arm of BDC, serving as a strategic partner to Canada's most innovative and high potential firms. It offers a range of equity, venture capital and flexible growth and transition capital solutions to help Canadian entrepreneurs scale their businesses into global champions. To find out more, visit bdc.ca/capital