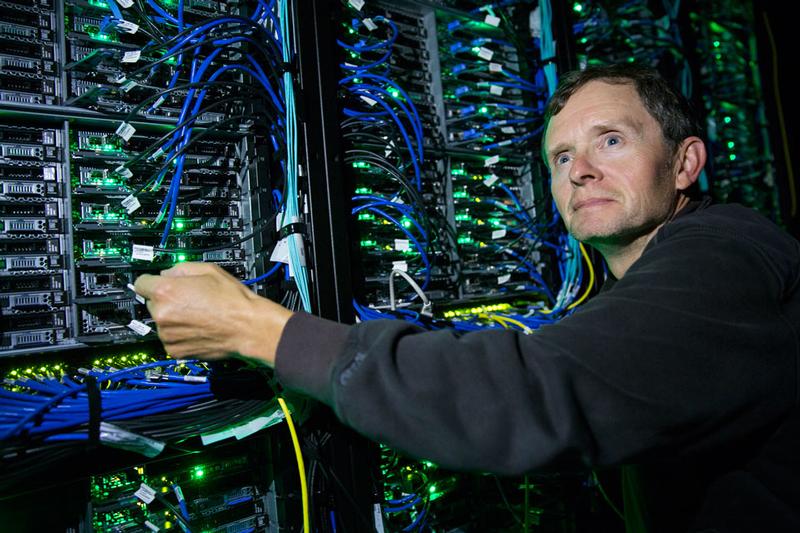 Victoria, BC, October 7, 2016--(T-Net)--Think you have problems storing, handling and sharing data on your home computer? Try dealing with an exabyte of data. That's a billion gigabytes— a threshold that will soon by crossed in a few years by ATLAS, one of the world's biggest high-energy physics experiments.

That's why Randall Sobie, an adjunct physics professor at UVic and a research scientist with the Institute of Particle Physics, is leading a project to build a distributed data and cloud computing system for the ATLAS experiment at the CERN Laboratory in Geneva Switzerland. The new system will significantly advance global investigations into the fundamental structure of the universe.

ATLAS is one of two detectors at the Large Hadron Collider (LHC), the world's largest and most powerful particle accelerator located near Geneva as part of the European Organization for Nuclear Research (CERN). Over 3,000 researchers from 35 countries work on ATLAS, investigating phenomena such as the Higgs boson and the exploration of dark matter.

Canadians have been key members of the ATLAS experiment since its inception in 1992 and helped construct and manage the enormous detector. They're also responsible for the development and operation of computing systems for the entire collaboration.

ATLAS generates a mind-boggling flow of data. The experiment currently stores over 200 petabytes (100 million gigabytes), which is roughly equivalent to 1,400 years of full HD-quality movies. The flow is expected to increase 25-fold in the next five years.

"By developing new software systems and technologies that use cloud computing and data storage facilities around the world, we can more quickly sift through massive amounts of data,” says Sobie.

The development of a distributed data and cloud computing system will link the huge amounts of research data samples generated by this and other CERN experiments with a worldwide set of cloud computing facilities, he says.

"This project will create a novel cloud infrastructure that will enable the experiment to meet its rapidly growing computing requirements," says Sobie, noting that Canada's ATLAS team is a global leader in the use of cloud computing for scientific research applications.

The $2 million dollar project is being funded with $824,000 from the Canada Foundation for Innovation. Another $824,000 in matching funds is coming from the British Columbia Knowledge Development Fund. The funds will be used to expand the highly skilled team of cloud computing developers at UVic.

“This system will allow us to accelerate our search for new particles and physics and our understanding of the properties of the Higgs boson. And the unique infrastructure will benefit the broader Canadian research community, as the services developed in this project will be accessible for other projects with huge amounts of data.”