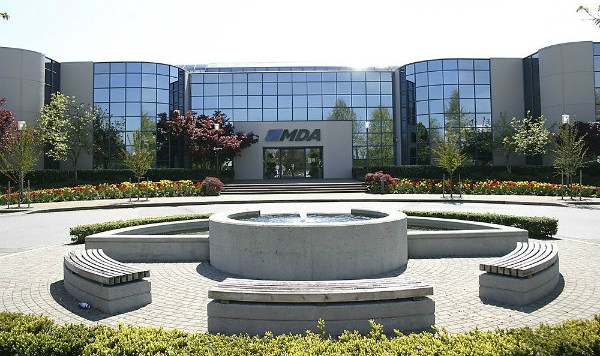 For the third quarter of 2016, consolidated revenues were $495.9 million compared to $515.4 million for the same period of 2015. The decrease reflected lower revenues from the Communications segment, partially offset by higher revenues from the Surveillance and Intelligence segment.

Operating EBITDA (1) for the third quarter of 2016 was $84.3 million compared to $93.9 million for the same period of 2015. Operating EBITDA this quarter included a contract loss provision of $10.0 million on a program in the Surveillance and Intelligence segment. The Company considers this provision to be an isolated incident.

The Company had total funded order backlog of $2.6 billion as at September 30, 2016, increasing slightly from the balance at the end of June 2016. Notable bookings announced during the third quarter included a contract with SiriusXM to build SXM-7 and SXM-8, two high power satellites.

Since the start of the third quarter, three geostationary satellites and four low earth orbit (LEO) satellites built by the Company were successfully launched.

The Company continued to make substantive progress to obtain facility security clearance for its operations in California, through which the Company can effectively pursue and execute the broad range of U.S. government contracts including defence and intelligence work. In addition to investments in organizational and required regulatory structure, the Company has also started building out a government business development and management team.

During the quarter, the Company signed a US$400 million revolving securitization facility agreement with an international financial institution. On September 30, 2016, as an initial drawdown under the facility, the Company completed a transaction for net proceeds of $90.2 million (US$68.8 million).

The Company has declared a quarterly dividend of $0.37 per common share payable on December 30, 2016 to shareholders of record at the close of business on December 15, 2016.

MDA's business is focused on markets and customers with strong repeat business potential, primarily in the Communications sector and the Surveillance and Intelligence sector. In addition, the Company conducts a significant amount of advanced technology development.

MDA's established global customer base is served by more than 4,800 employees operating from 15 locations in the United States, Canada, and internationally.

The Company's common shares trade on the Toronto Stock Exchange under the symbol MDA.

The Company defines operating earnings as net earnings excluding the impact of specified items affecting comparability, including, where applicable, non-operational income and expenses, amortization of acquisition related intangible assets, share-based compensation, and other gains or losses.

The Company defines operating EBITDA as earnings before interest, taxes, depreciation and amortization, and adjusted for certain corporate expenses and items affecting comparability as specified in the calculation of operating earnings. Operating EBITDA is presented on a basis consistent with the Company's internal management reports.

The Company discloses operating EBITDA to capture the profitability of its business before the impact of items not considered in management's evaluation of operating unit performance.

Operating earnings, operating earnings per share and operating EBITDA do not have any standardized meaning prescribed by IFRS and therefore may not be comparable to similar measures presented by other companies. The Company cautions readers to consider these non-IFRS financial measures in addition to, and not as an alternative for, measures calculated in accordance with IFRS.

The Company's MD&A for the three and nine months ended September 30, 2016 provides additional information regarding these financial metrics and the specified items affecting the comparability of net earnings.

This earnings release and the associated conference call and webcast, which includes a business update, discussion of third quarter 2016 financial results, and question and answer session, may contain certain forward-looking statements and information, which reflect the current view of MacDonald, Dettwiler and Associates Ltd. ("MDA" or the "Company") with respect to future events and financial performance. Forward-looking statements generally can be identified by the use of forward-looking terminology such as "may", "will", "would", "could", "should", "expect", "intend", "estimate", "anticipate", "plan", "foresee", "believe" or "continue" or the negatives of such terms or variations of them or similar terminology. Forward-looking statements are based on the opinions and estimates of management as of the date such statements are made and represent management's best judgment based on facts and assumptions that management considers reasonable.

Any such forward-looking statements are subject to a number of risks and uncertainties that could cause actual results to differ materially from current expectations. MDA cautions readers that should certain risks or uncertainties materialize, or should underlying assumptions prove incorrect, actual results may vary significantly from those expected.

The risks that could cause actual results to differ materially from current expectations include, but are not limited to: changes in government policies, priorities, funding levels, contracts or regulations and the failure to obtain necessary regulatory approvals and licenses; growth in the commercial satellite market is dependent on the growth in the businesses of the Company's customers and the ability of its customers to develop new services; failure of third party subcontractors to complete contracts for which the Company is the prime contractor and the limited number of suppliers for some components; inherent risks of performance on firm fixed price construction contracts and termination of contracts by customers for convenience; changes in estimates of total revenues and costs on contracts and non-receipt of payments on failure of the Company's satellites and products to perform successfully; potential for product liability or the occurrence of defects in products or systems and resulting loss of revenue and harm to the Company's reputation; quality issues and failure of systems to meet performance requirements or to be accepted by a customer; inclusion of construction performance incentives in many of the Company's customer contracts; potential for component failure or performance issues on the Company's on-orbit satellites and resulting loss of revenue and harm to MDA's reputation and failure of the Company to receive data for sales or of customers to purchase data; failure of the Company to manage its acquisitions and breaches of contract and indemnities and related risks on divestitures; certain customers are highly leveraged and may not fulfil their contractual payment obligations, including vendor financing; MDA's ability to obtain certain satellite construction contracts depends, in part, on its ability to provide the customer with partial financing of working capital and any financing provided by the Company may not be repaid or the Company may be called upon to make payments; many of the Company's costs are fixed and MDA may not be able to cut costs sufficiently to maintain profitability in the event of a downturn in its business; the availability of facility space and qualified personnel may affect MDA's ability to perform its contracts as efficiently as planned; dependence on electronic systems may be subject to data and system security threats and malfunctions; detrimental reliance on third parties for data; dependence on key employees, potential for work stoppages, and lack of oversight over a U.S. proxy board and management; failure to anticipate changes in technology, technical standards and offerings or comply with the requisite standards; failure to maintain technological advances and offer new products to retain customers and market position; significant competition with competitors that are larger or have greater resources and foreign currency fluctuations may increase competition from the Company's non-U.S. competitors; potential infringement of the intellectual property rights of others through licensed software or otherwise; inadequate protection of the Company's intellectual property rights; exposure to foreign currency fluctuations; changes in economic and political conditions; inability of suppliers or subcontractors to effect technology transfer; failure to maintain business alliances; uncertainty in financing arrangements and failure to obtain required financing on acceptable terms; changes in regulations, telecommunication standards and laws due to political and economic instability in the countries in which MDA conducts business; changes in U.S. and foreign laws and regulations, including U.S. export control and economic sanctions laws, governing MDA's business; wrongful call on letters of credit, guarantees and performance bonds; insufficient insurance against material claims or losses; exposure to fines and/or legal sanctions under anti-corruption laws; changes in customer security requirements and the resulting cancellation of contracts; reliance on information technology systems and threats of disruption from security breaches and cyber-attacks; and failure to comply with environmental regulations.

You are referred to the risk factors described in MDA's most recent annual Management's Discussion and Analysis, Annual Information Form and other documents on file with the Canadian securities regulatory authorities, available on SEDAR, www.sedar.com orwww.mdacorporation.com. The forward-looking statements and information contained in this earnings release and the associated conference call and webcast represent MDA's views only as of today's date. MDA disclaims any intention or obligation to update or revise any forward-looking statements, whether as a result of new information, future events or otherwise, other than as required by law, rule or regulation. You should not place undue reliance on forward-looking statements.

The Toronto Stock Exchange has neither approved nor disapproved the form or content of the earnings release or the associated conference call and webcast.