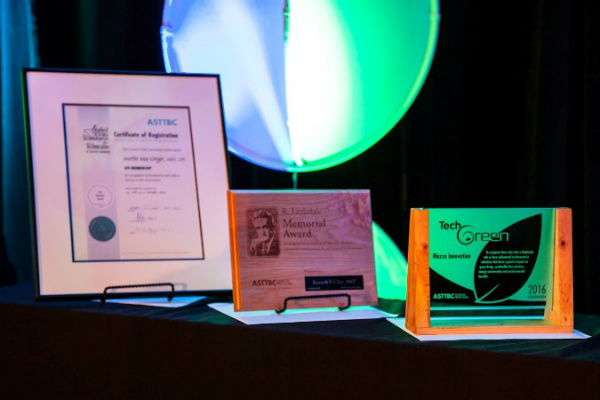 Surrey, BC, December 13, 2016--(T-Net)--The 2016 ASTTBC Technology Awards & Recognition Celebration saw the acknowledgment of some of BC's best Technology Professionals. A total of ten awards were handed out including Honorary and Life Membership.

ASTTBC hosted 350 industry professionals recently at the 28th Technology Awards & Recognition Celebration. The annual gala is ASTTBC's opportunity to recognize BC's Technology Professionals who have demonstrated outstanding achievements, and to say thank you to the many volunteers and partners who have contributed to the growth and development of the Association.

BC Premier Christy Clark and Minister of Advanced Education and Minister Responsible for the ASTT Act, The Honourable Andrew Wilkinson opened the event with video greetings. The greetings highlighted the importance of our thriving, innovative technology sector and the key role ASTTBC will play in developing the talent pool for the 1 million job openings by 2025. View the Premier's video here and Minister Wilkinson's video here.

Joyce Murray, Member of Parliament for Vancouver Quadra, and Parliamentary Secretary to the President of the Treasury Board brought greetings from Parliament Hill and presented ASTTBC with a letter of greeting from Prime Minister Justin Trudeau.

John Leech, ASTTBC CEO, made the special announcement that ASTTBC will be taking part in the Canada-wide celebration of INNOVATION for Canada's 150th birthday. ASTTBC has partnered with Science World BC to provide hands-on learning for students in the STEM subjects - science, technology, engineering and math - across the province. ASTTBC and the ASTTBC Foundation, together, have donate $20,000 to Science World BC. Our donation will be matched by Science World, to provide a total of $40,000 in funding for this initiative.

The event featured entertainment by Andrew Johns (back by popular demand), a delicious dinner, award presentations, the ASTTBC Foundation 26th Anniversary Silent Auction, and many, many good friends. 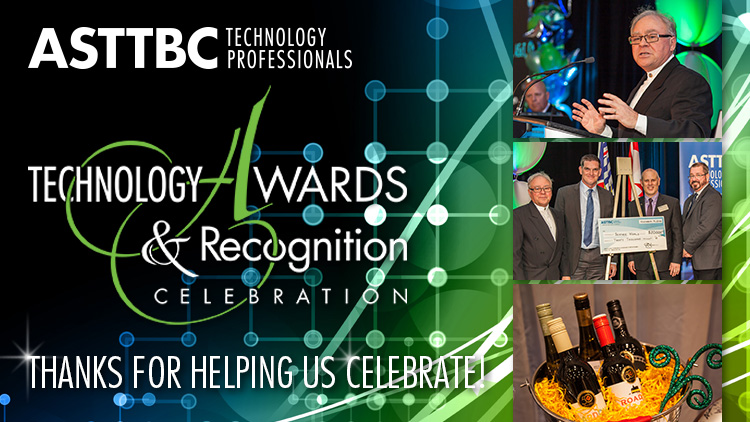 These Technology Professionals and their organizations have contributed to the growth and development of our economy, our environment, and our communities.

Honourary Membership for Leadership in Technology

Employer Award for the Enhancement of Career Success of Technology Professionals

At this year's event, a very successful silent auction raised over $11,000 for the ASTTBC Foundation. Funds raised at this event provide bursaries and awards for technology students across the province. Thanks to all the donors and bidders who made this year's Silent Auction such a great fundraiser. The ASTTBC Foundation is helping the youth of today become the techs of tomorrow!