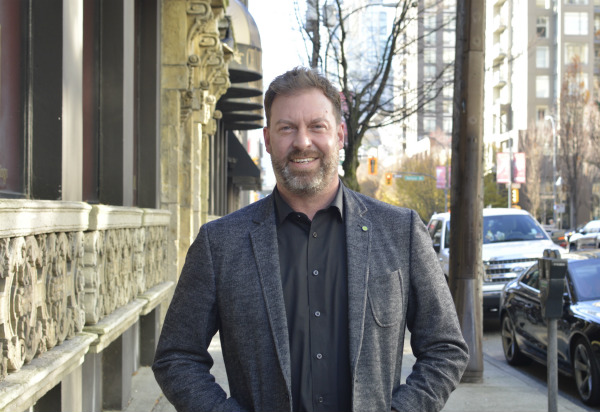 Vancouver, BC, December 20, 2016--(T-Net)--Vancouver-based INDOCHINO, an ecommerce and made-to-measure suiting company, has released its November and year-to-date highlights.

In tandem, the brand also announced key appointments and its opportunity to continue Omni-channel growth via retail expansion in 2017.

November and Year to Date Results

In November, INDOCHINO set numerous company records, with success attributed to record sales during Black Friday and Cyber Monday according to the company.

Drew Green, INDOCHINO CEO, says, "2016 has been a year of exceptional growth and improved profitability for INDOCHINO, highlighted by the resounding success of our November 2016 sales, which are up almost two thirds over last year."

Under Green's stewardship, growth has been driven by a five-year strategic alliance and associated investment of up to $30M USD from Dayang Group, one of the largest suit manufacturers in the world. The alliance with Dayang has reduced costs, increased efficiencies and allows for limitless production scale.

"With the sharp growth of our customer base and increase in brand awareness this year, we've proven that made-to-measure is becoming mainstream, and an everyday alternative to ready-to-wear," continues Green. "We're committed to investing our resources in perfecting the customer experience, from creating an unrivalled product to extending into new markets across North America, leading to much more profitable growth in the months and years ahead."

INDOCHINO continues to add strength to the company's Leadership Team, with a focus on people and culture a top imperative.

Green says, "We have assembled one of the best leadership teams in North America for the mission we have, with over 100 years of combined experience leading and growing world class retail and e-commerce brands. We have made some very bold hires this year."

To fuel further growth in 2017, the company plans to evaluate opportunities to expand its retail presence in North America by opening additional showrooms next year where online sales show the strongest demand, and in existing markets to support flagships showrooms already opened.

In 2016, INDOCHINO laid out two successful new retail strategies. The first was to open a cluster of showrooms in the Greater Toronto Area, adding satellites at Square One and Yorkdale to the flagship King St E, more than doubling the market. The second was to prove out its showroom model in shopping malls in Canada (Square One, Yorkdale and Rideau Centre), leading to an average of more than $1000 CDN per square foot during the initial six months of operations.

"We offer a truly Omni-channel experience, and intend to expand our retail footprint throughout North America and, in time, around the globe," said Green. "Our showrooms offer customers an incredible experience and product that is superior to similarly priced retail competitors. Our customers can be measured and build a profile in store, and then purchase later from the comfort of their home or vice versa. They can access their profile at any time and reorder at the touch of a button."

Founded in 2007, Vancouver-based apparel brand INDOCHINO is at the forefront of revolutionizing men's fashion. By combining luxury fabrics, perfect fit and customized style, INDOCHINO creates one-of-a-kind suits. The suit design is in the hands of the customers, who are offered over 250 fabrics and personalization options. Since its inception, INDOCHINO has grown from the first online business to provide custom tailored suits into the largest made-to-measure menswear brand in the market.