FrontFundr reported that it exceeded its target raise by 130%, raising a total of $650K from 200 investors.

The company reported in a press release that the funds will help take the company to the next level, and allow FrontFundr to build out its position as a leading online investment platform in Canada (and also expand to the U.S.).

In May 2015, FrontFundr introduced equity crowdfunding to Canada through the launch of the first online investment platform. 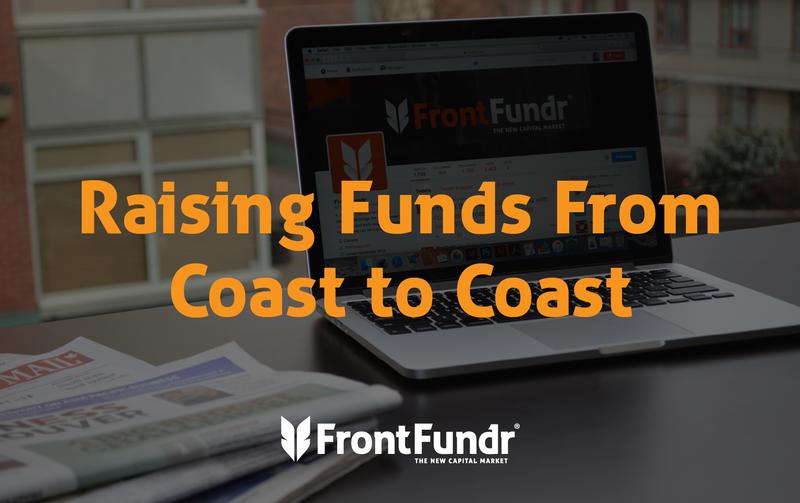 The concept is simple. Instead of raising funds exclusively from the wealthy elite, per traditional startup fund raising, FrontFundr allows businesses to raise funds from anyone.

Unlike traditional crowdfunding that involves a donation of money in exchange for a product or service (like Kickstarter), FrontFundr allows companies to raise real money in exchange for real ownership. This concept is similar to the popular show Dragon's Den, except the crowd can participate and become an owner in a business—not just high net worth individuals.

“We've been helping businesses across Canada raise funds from the public over the past eighteen months,” says FrontFundr CEO Peter-Paul Van Hoeken. “It's been a fun ride and we've loved sharing in these companies' successes. We decided it was our turn to walk our talk. We're a young company too in need of capital, so it made perfect sense to use our own platform and tap into our brand champions for our raise. We are overwhelmed by the success and the support and thrilled to have exceeded our target raise by $150K”

In addition to its own raise, FrontFundr has helped 9 other Canadian companies get funding from the crowd since its launch, ranging in amount from $50,000 to $2 Million. In addition to closing its own raise, this week FrontFundr's platform also saw the close of a raise for Montreal's Impak Finance—a new company that plans to build Canada's first socially responsible bank.

While the introduction of equity crowdfunding, the traditional investment models and capital raising forms are becoming disrupted in some cases. By opening investment opportunities to the public, Canadians are able to access opportunities they were previously locked out of, and companies are able to access capital that was previously inaccessible.

"It's a win-win, where people are now able to support and share in the potential success of companies they believe in in a meaningful way, and at the same time young companies are able to fund their businesses and continue their growth. In fact, FrontFundr has seen an uptake in the number of shares being purchased as gifts for others this holiday season" stated the company in its press release.

In 2017, FrontFundr expects to see continued growth on its platform as more entrepreneurs become aware of the opportunity to access capital from the crowd.

FrontFundr is a fintech company that enables entrepreneurs to raise capital from all Canadians. Investing in private companies was previously limited to angel investors and venture capitalists, but after recent regulatory changes, private investing is now open to a wider spectrum of investors. Canadians can now invest online in companies that they believe in through the FrontFundr platform alongside seasoned investors, while directly contributing to innovation and sharing in the growth of companies they believe in. FrontFundr operates its online investment platform as a fully registered Exempt Market Dealer (EMD) in eight provinces in Canada.

For more information, please contact Jeannine Bartz at Jeannine@frontfundr.com or 604-306-0207.