Vancouver, BC, June 29, 2016--(T-Net)--Canadians take electricity for granted, and it's easy to forget that two out of every 10 people around the world have no access to electricity, with 1.3 billion living in darkness and lacking access to basic services.

Advances in power conversion and renewable energy generation are crucial not only to Canadians as we try to reduce greenhouse emissions but also to the future on a global scale, says Martin Ordonez, the newly appointed Fred Kaiser Professor in Power Conversion and Sustainability at UBC.

To meet these challenges, he is expanding a research and education program to store and use renewable energy, supported by a $1-million investment from the Fred Kaiser Foundation.

What are the world's most important sustainable electrical energy needs? 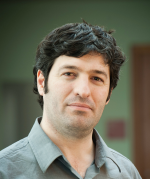 We need to think of how we can change electrical infrastructure to support the expansion of low-carbon energy sources like wind and solar. These sources have to interface with battery systems and the existing power grid so that the power they generate can be stored and delivered efficiently on demand.

When it comes to the developing world, the challenge is different. Instead of interfacing with an existing power grid, the problems arise from how a better system can be envisioned. With a blank slate, the electrical system can be developed with sustainable energy sources in mind, but research and testing are needed to make them economically feasible for developing countries.

How will your research program solve those problems?

We are working on enhancing the core technology in power electronics to maximize efficiency, reliability, and power density in power conversion while reducing system costs. The goal is to extract maximum amounts of energy from sustainable sources so that they can compete with hydrocarbon alternatives. We are adding at least five top-tier researchers, doubling the program's current size, to support this objective.

Future power engineers should have the skills needed to tackle sustainable electrical energy issues, so we'll be training graduate students and research professionals as part of the program. We are planning an outreach program that will draw undergraduate students in different engineering disciplines across the globe. They'll join a network of researchers investigating sustainable power solutions for developing countries.

What are the most promising research areas in sustainable electrical energy?

There is significant interest in battery energy storage and direct current (DC) systems right now. We are working on the next generation of bidirectional converters to interface batteries and distribution systems. These could be used for powering LED lights, telecom equipment, computer servers, electric vehicles and other equipment.

Unlike the aging alternating current (AC) grid, DC systems are a logical evolution for renewable power generation, storage, distribution, and consumption. Most electrical equipment run on DC, but the energy is actually distributed as AC. Solar power has to be converted to AC for distribution, and then converted again to DC at the point of use, causing significant energy losses. If buildings adopt DC systems, we'll reduce the number of times conversion is needed and save significant amounts of energy worldwide.