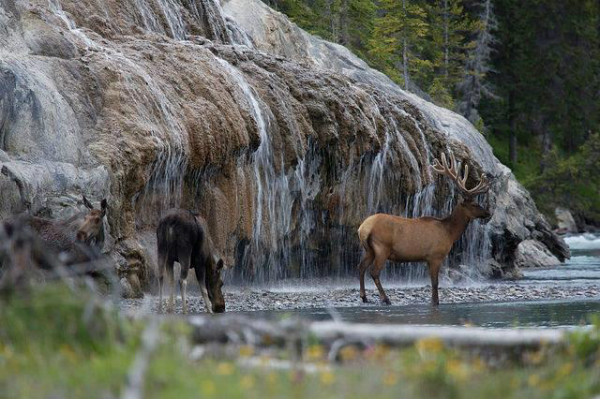 No drones allowed! Changes to the Wildlife Act hunting regulation means it is now illegal to operate or possess a drone, or use data obtained by a drone while hunting in BC.

Vancouver, BC, July 29, 2016--(T-Net)--The Province has strengthened regulations to ensure that hunters do not use flying drones to help them track wildlife, Minister of Forests, Lands and Natural Resource Operations Steve Thomson announced today.

The Province amended the Wildlife Act hunting regulation, making it illegal for people to operate or possess a drone, or use data obtained by a drone, while on a hunting or trapping expedition. It is also now illegal for a third party to use a drone to help a hunter or trapper.

Before the change, Section 27 of the Wildlife Act made it illegal to use a helicopter to hunt in British Columbia, although the Province contended that drones were a kind of helicopter. The minimum fine for hunting with a helicopter or drone is $2,500 - although a first conviction could cost a hunter $250,000 and up to two years in jail.

“We have to make sure that our regulations keep pace with technology. These changes help ensure that the rules are in line with what most hunters already practise.” said Steve Thomson, Minister of Forests, Lands and Natural Resource Operations.

“Using drones to help track your prey just isn't part of the hunting culture in British Columbia. Hunters are respectful of wildlife and their habitat and very supportive of the steps government is taking to prevent hunters from using drones.” stated Jim Glaciar, president, B.C. Wildlife Federation.

“Hunters come to British Columbia to experience the wild and beautiful backcountry and participate in Fair Chase hunting. Drones undermine the experience people have come to expect when they hunt big game in this province.” noted Scott Ellis, executive director, Guide Outfitters Association of B.C.

To find out more about hunting rules and regulations, visit:http://www2.gov.bc.ca/gov/content/sports-culture/recreation/fishing-hunting/hunting