Access to capital, talent and markets are the three key drivers of Canada's innovation ecosystem. The report shows that gaps in Canada's capital supply cause Canadian companies to scale more slowly, take longer to exit, and achieve smaller outcomes than U.S. technology peers.

“We took a comprehensive look at technology financing in Canada, looking not just at stage of financing or size, but at the impact of capital flow over time,” said Eric Bukovinsky, Principal, Yaletown Partners. “We found that the capital supply in Canada is both insufficient and inadequately distributed beyond early stage. Canada's biggest opportunity to realize greater value from our technology sector lies in closing this growth capital gap, currently at a billion dollars and growing.”

Capital for seed and early-stage companies is quite available in Canada, however once companies reach the next stage of growth, there is a capital supply gap for $5 to $25 million financings to accelerate growth. 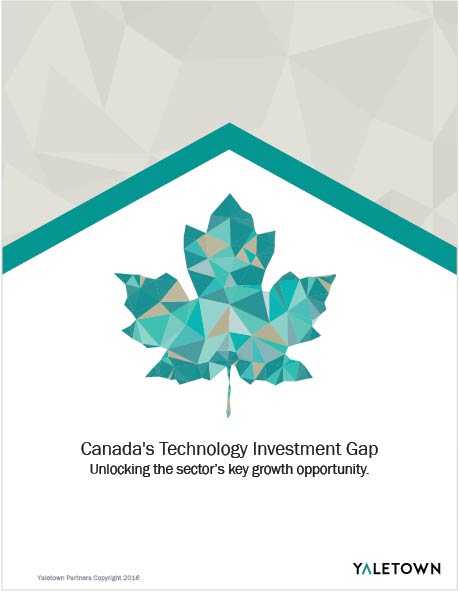 For the study, Yaletown reviewed over 20,000 financings in the decade since 2006 and 3,000 exits since 2000 across Canada and the United States. The research analyzed data fromPitchbook, Thomson Reuters, CVCA, NVCA, and Yaletown's own proprietary datasets.