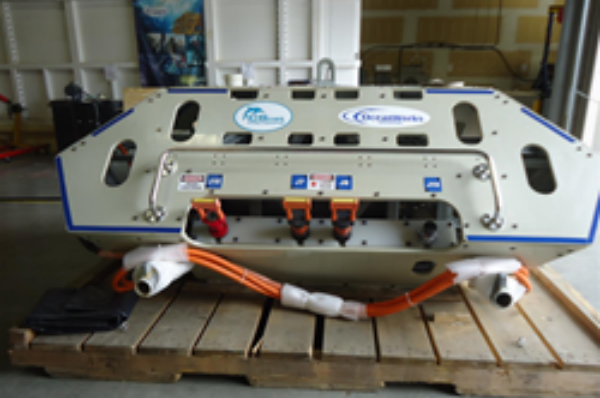 Vancouver, BC, August 17, 2016--(T-Net)--OceanWorks International announced today that it has delivered a third fully refurbished and upgraded Node Pod to CSnet International, Inc.

It is the 3rd of five Node Pods' to be completed by OceanWorks International in meeting the requirements of CSnet's planned maintenance cycle of this key seafloor observatory portion of the Offshore Communication Backbone (OCB) subsea infrastructure 5 years into its 25-year lifespan.

The structure includes five seafloor nodes, deployed at water depths ranging from 1560 to 2280 meters, and originally designed by OceanWorks International in 2010. The delivery of an additional node base in 2013, two node pods in 2013, the refurbishment of a pod in 2014, another in 2015 and now the third, is a clear demonstration of the upgradability inherent in the design of the OCB.

OceanWorks International is a recognized subsea solution engineering company, providing over 20 years of service to the Oil & Gas, Scientific & Environmental, and Military markets. The continued work on the OCB subsea infrastructure capitalizes on the strong relationship with CSnet and involves design, engineering, analysis, manufacturing, testing, and documentation in successfully completing the project.

For more information on OceanWorks International products and services please visit our website at http://www.oceanworks.com/ or contact us at marketing(at)oceanworks(dot)com.