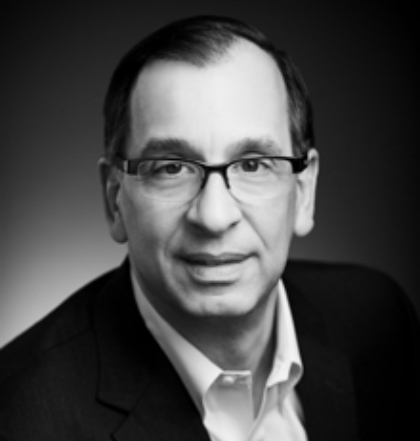 Dr. Sofia now leads a world class team of scientists at Arbutus that is focused on developing innovative therapies to improve cure rates in HBV.

“It is a tremendous honor to receive the Lasker~DeBakey Award for Clinical Medical Research, in recognition of the work that led to the discovery of sofosbuvir. Sofosbuvir is the backbone of HCV curative regimens which have given new hope to the 170 million HCV sufferers worldwide,” said Dr. Michael J. Sofia, Arbutus' Chief Scientific Officer. “Now that there is a cure for HCV, I am excited to be working with my colleagues at Arbutus to develop a cure for chronic HBV infection, an unmet medical need that affects an even larger worldwide patient population.”

For 71 years, the Lasker Awards, America's most prestigious biomedical research awards, have recognized the contributions of scientists, clinicians, and public citizens who have made major advances in the understanding, diagnosis, treatment, cure, or prevention of human disease. Recipients of the Lasker Medical Research Awards are selected by a distinguished international jury chaired by Dr. Joseph L. Goldstein, recipient of the 1985 Lasker Award for Basic Medical Research and the Nobel Prize in Physiology or Medicine. Eighty-seven Lasker laureates have received the Nobel Prize, including 41 in the last three decades.

Arbutus Biopharma Corporation is a biopharmaceutical company dedicated to discovering, developing and commercializing a cure for patients suffering from chronic hepatitis B infection. Arbutus is headquartered in Vancouver, BC, Canada with offices in Doylestown, PA, USA. For more information, visitwww.arbutusbio.com.

About the Albert and Mary Lasker Foundation

Founded in 1942, the Albert and Mary Lasker Foundation envisions a healthier world through the advancement of medical research. It seeks to improve health by accelerating support for medical research through recognition of research excellence, education, and advocacy. For much of the 20th century, the Foundation was led by Mary Lasker, who was America's most prominent citizen-activist for public investment in medical research. She is widely credited with motivating the White House and Congress to greatly expand federal funding for medical research, particularly through the NIH. For more information on the Lasker Award recipients, the full citations for each award category, video interviews and photos of the awardees, and additional information on the Foundation please refer to www.laskerfoundation.org.