North Vancouver, BC, September 20, 2016--(T-Net)--DarkVision Technologies, the company that was voted the top BC high-tech start-up in the BCIC New Ventures BC Competition in 2014, announced today that it has closed a $5 million Series A financing round.

The round was co-led by both Evok Innovations & BDC Capital, and was also Evok's first investment from its recently launched $100 million fund. 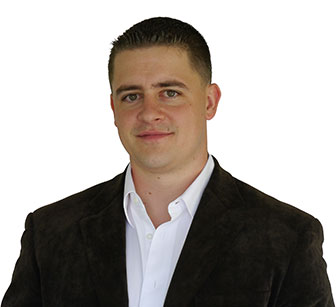 “We're excited about having both BDC and Evok join our investor group at this critical point the company's trajectory” said Stephen Robinson, DarkVision CEO and co-founder.

“Both funds presented a great fit for our current and future capital needs, and we're excited about DarkVision's growth path moving forward with our new partners. Our team has been hard at work packaging our imaging technology into a field-ready downhole tool, and is looking forward to initial customer deployments later this year”.

DarkVision has developed the world's most advanced downhole imaging solution that effectively gives oil and gas operators the ability to see inside their wells. The system uses a variety of proprietary ultrasound technologies the company has developed and packaged into its first downhole tool.

The company has reportedly spent years developing a new ultrasound-based imaging technology that can image an entire multi-kilometer long well at a sub-millimetric level. The tool can be deployed by either wireline, e-coil or tractor and performs a 360 degree scan of the well and its components.

The company's first tool is capable of detecting and identifying a wide variety of downhole problems across a number of applications including:

Marty Reed, CEO of Evok Innovations commented, “DarkVision has developed a technology that solves a fundamental problem for oil and gas wells, and has attracted a lot of interest from several of the industry's largest players”.

He added, “The value proposition of DarkVision is a natural fit for Evok and made the investment an obvious choice for us. We were impressed with the company's track-record of success and strong management team. We are proud to make DarkVision Evok's first investment”. DarkVision has developed a highly differentiated technology that is gaining a significant amount of industry attention and has enormous potential” says Geoff Catherwood Partner in BDC Capital's Industrial, Clean & Energy (ICE) Fund.

“We are also really impressed with DarkVision's management team and its historical track record of success. Rarely do we find such an attractive combination of great technology, customer traction and a top-notch founding team in this stage of a company.”

Both Mr. Reed and Mr. Catherwood have joined DarkVision's board of directors.

Editor's Note: DarkVision Technologies also announced today that is has received a contribution of $3m from Sustainable Development Technology Canada (SDTC), to support the field deployment of its new downhole imaging technology. The SDTC project is set to begin the 2nd half of 2016 with DarkVision's Consortium Partners Suncor and Cenovus. See more details here.

DarkVision Technologies Inc. was founded in 2013 by a group of experienced entrepreneurs that have expertise and a track record in developing and commercializing imaging technologies. The company has developed a super high resolution ultrasound-based imaging technology that gives oil and gas operators a set of eyes inside their wells that are unimpaired by wellbore fluids. DarkVision has already won numerous awards, is well financed and is now in the process of expanding its core engineering, software and technical team. If you'd like to join DarkVision's team for this unique opportunity, please visit our website at www.darkvisiontech.com.

With more than $2 billion under management, BDC Capital is the investment arm of BDC, serving as a strategic partner to Canada's most innovative and high potential firms. It offers a range of equity, venture capital and flexible growth and transition capital solutions to help Canadian entrepreneurs scale their businesses into global champions. To find out more, visit www.bdc.ca/capital.

Evok Innovations is a first-of-its kind investment partnership uniting Canada's oil and gas companies and the BC Cleantech CEO Alliance to fund and accelerate the development and commercialization of transformative energy solutions. As an entrepreneur-led fund with the ability to connect portfolio companies to industry partners, Evok can ensure that the right energy innovations - along the entire value chain - are getting to market faster. To learn more about how Evok is fueling the next energy transition, please visit www.evokinnovations.com.