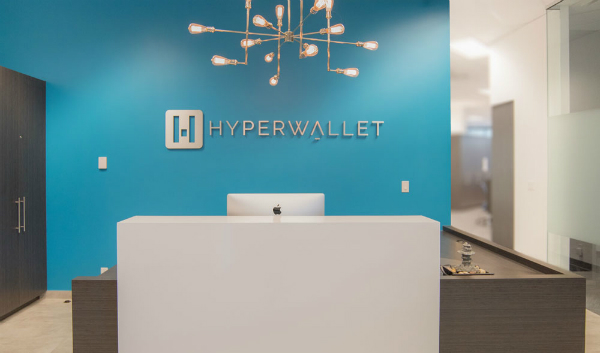 SURVEY OF 2,000 WORKERS REVEALS 75 PERCENT OF WORKERS WOULD BE IMPACTED BY A DELAYED PAYCHECK

Vancouver, BC, and San Francisco, CA, September 6, 2016--(T-Net)--Hyperwallet, a top global payouts provider to the new economy, today released its latest payments report, “Payday in America.” For the report, Hyperwallet surveyed 2,000 American W2 (full-time) and 1099 (contract) workers to better understand how American workers get paid, as well as feelings toward and financial habits around payday.

Editor's Note: Hyperwallet also has a major development office in Vancouver, BC and is currently hiring extensively on T-Net. See their open positions here.

“Payday has a significant impact on the day-to-day lives of American workers, and of workers around the globe,” said Brent Warrington, CEO of Hyperwallet. “Whether they're overdue on important bills, preparing for a major purchase, or saving for retirement, payday can dictate workers' spending habits today and well into the future. This report reveals the precarious financial position of many American workers in 2016, and demonstrates the importance of fast, reliable payments in the ongoing stability of American households.”

Key findings from the Payday in America report include:

MOST AMERICAN WORKERS ARE LIVING PAYCHECK-TO-PAYCHECK

Roughly three in four workers surveyed said a delayed paycheck would have an immediate impact on their financial well-being, indicating that many American workers are living paycheck-to-paycheck. Half of respondents reported that they would have to stop buying nonessential items and delay payment on important bills in the event of a delayed paycheck.

Worker expectations aren't lining up with reality when it comes to workplace location and schedule flexibility. While 61 percent of respondents work in a set location, only 19 percent want a fixed working environment. Additionally, roughly 50 percent of workers have set hours while only 19 percent are content with that arrangement.

When comparing W2 vs 1099 workers, 1099 workers are more likely to have the work setting and flexibility they desire. For example, 71 percent of 1099 workers create their own hours and schedule, exceeding the 66 percent of independent workers who say they want this kind of flexibility.

“Given the findings of the Payday in America report, businesses should consider offering workers more flexibility in their working locations and schedules,” said Warrington. “Obviously, it's not possible in all circumstances—however, there are many roles that could operate under a more flexible working model. As independent work becomes increasingly mainstream, appealing to workers' desire for flexibility will help companies retain their top talent.”

INDEPENDENT WORKERS DO NOT GET PAID QUICKLY ENOUGH

Unlike workplace flexibility, most American workers are satisfied with the way they receive their paychecks. With 82 percent of workers receiving direct deposit, 78 percent say that their payments are processed in two days or less. However, 1099 workers often wait for payments much longer than their W2 counterparts. About 28 percent of 1099 workers wait three to four business days for a payment to process, while an additional 15 percent wait more than a week.

“The contract workforce is growing at lightning speed. With new gig platforms emerging every day, 1099 workers have a lot of options,” said Warrington. “If payments are slow or complicated, workers might simply choose to move on rather than deal with inconsistent earnings. Businesses hoping to retain their independent workers need to ensure that they're making payments as quickly and conveniently as possible.”

To download a full copy of the Payday in America report, visit hyperwallet.com/paydayreport.