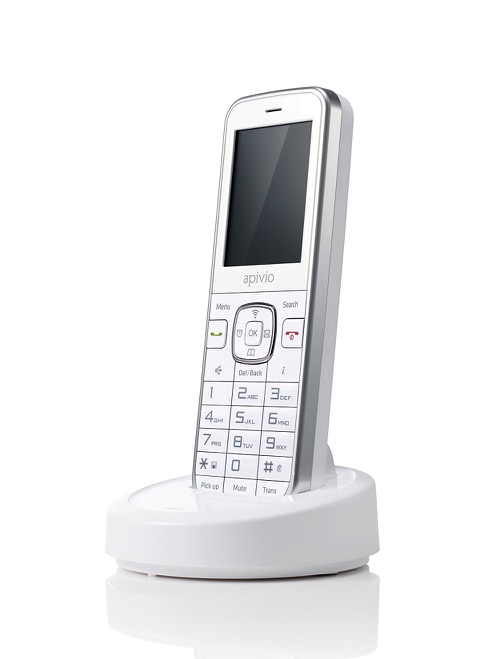 The Company announced that the handset is gaining early traction and positive feedback with a pilot group of resellers and customers.

"We are proud to highlight customer and reseller testimonials from early adopters of our next generation L2 device," said Rob Bakshi, President and CEO of Apivio Systems Inc. "Achieving interoperability and stability in diverse Wi-Fi environments can be challenging, and our goal from the start has been to ensure the L2's performance and quality fully exceeds the needs and requirements of users across a variety of industries before we target a full market release."

"When we started looking for a wireless classroom voice solution for our Preschool site, we had two main directives. It had to work under a variety of conditions, and it had to be cost effective. The Liberty L2 fit both of those perfectly. The hardware is easy to work with, and the connection to our network stays rock solid," stated Chris Tanimura, IT Manager at the Milpitas Christian School in San Jose, CA.

"In an education environment with children, communication to facilitate quick responses is a necessity, especially when it comes to safety. The Liberty L2 allows us to equip all our Preschool classrooms with mobile communication integrated to our school-wide phone system. Each teacher can be reached whether they are in the classroom or on the playground. It allows our staff to communicate faster than before, and gives peace of mind to parents."

In addition, Apivio also announced the Company has signed two resellers in Canada that, after extensive testing, have begun to market the L2 to their enterprise customers.

"As an early adopter of Liberty L2, we are very pleased with the performance of the handset both in our internal testing and with customers," stated Richard Marquis, president and CEO of Converbit Inc.

"The ease of use, mobility, voice quality and roaming capabilities of the L2 make it a great product for our small to medium-sized business customers, who range from warehouses and retailers with large footprints to schools, hospitals, assisted living and day care centers."

Apivio will continue to expand the release of the Liberty L2 Wi-Fi Phone across geographic and industry verticals while providing on-going updates on its status.

"We are excited about the potential of the L2 technology as a main part of our overall diversified business strategy and look forward to continued user adoption in the marketplace," added Bakshi. "Our first of its kind cloud-based device management system ("CLive") is currently undergoing extensive testing and I look forward to reporting on its market acceptance in the near future."

Apivio Systems Inc. is a Canadian technology company principally engaged in the design, development, marketing, and sale of communications equipment and software. It has a wholly-owned Korean subsidiary with an established track record of supplying VoIP telephone equipment and other products to major Korean and international telecommunications carriers. For more information regarding the Company, please visitwww.apivio.com.