WHO have estimated that an additional 2.5 billion people will be living in urban areas in less than 35 years. Image: REUTERS/Issei Kato

Vancouver, BC, October 16, 2017--(T-Net)--The World Economic Forum and Business Insider (together with 2thinknow) have collaborated to rank and identify the "25 most high-tech cities in the world" and have ranked Vancouver 14th on the list (ahead of Montreal (18th) but behind Toronto (ranked 9th)).

Here is their ranked list of the top 25 "Most High-Tech Cities in the World" (in reverse order):

14. Vancouver, Canada (text description of Vancouver below is from WEF article)

In 2014, the CBC called Vancouver "Silicon Valley North" in recognition of its strong start-up culture.

There are more than 600 digital media companies that generate more than $2 billion in revenue. Tech-focused universities and low corporate tax rates, meanwhile, make the city attractive for both up-and-coming engineers as well as established executives.

To see the full story on the "25 most high-tech cities in the world" (and more details on each region), please click here.

About the Innovative City Rankings

Cities are the way of the future. In less than 35 years, the World Health Organization estimates that two-thirds of the world population will be living in urban areas. That's an additional 2.5 billion people. The cities that will flourish the most are those that rely on cutting-edge technologies and create opportunities for people to develop new ones.

To get a sense of which cities do that the best, Business Insider consulted 2thinknow, a research firm that specializes in analyzing innovative cities, to rank the most high-tech cities in the world.

The firm chose 10 factors related to technological advancement — including the number of patents filed per capita, startups, tech venture capitalists, ranking in other innovation datasets, and level of smartphone use — weighted them, and ranked a list of 85 cities accordingly. 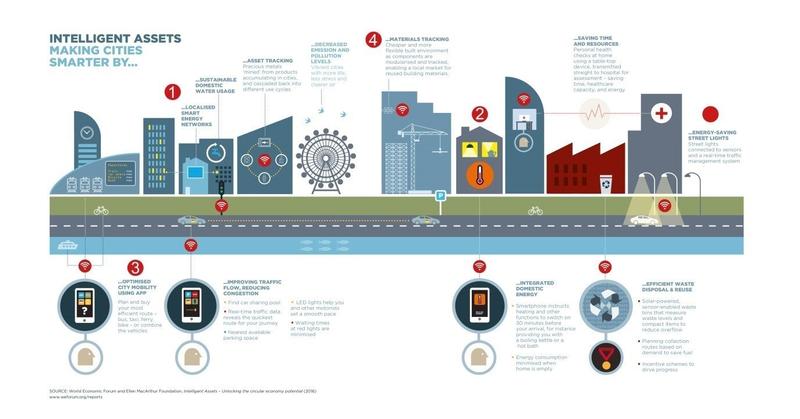