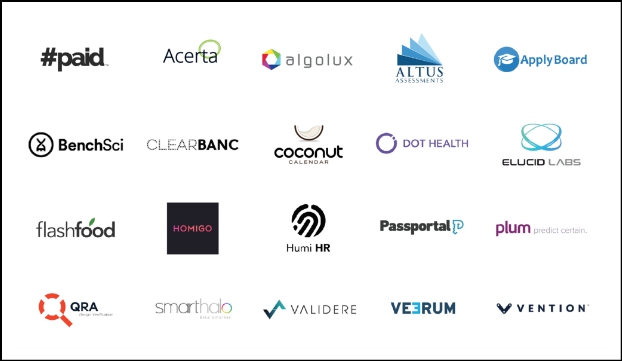 The Valley, CA, October 25, 2017--(T-Net)--C100 announced that it has selected 20 Canadian companies to participate in the next 48Hrs in the Valley cohort in December in San Francisco.

Twice per year, C100 invites 20 of the most promising companies in Canada to San Francisco for 48Hrs in the Valley, a program designed to support the organization's mission to “bring the best of Silicon Valley to accelerate Canada's innovation economy”.

In 2017, C100 has introduced a handful of forms of programming in an effort to offer as much relevant content as possible to every member of the cohort. Peer-to-peer mentorship, breakout sessions, investor meetings, and pitch workshops are among the many unique programmatic elements of the 48Hrs event.

This fall, C100 has received hundreds of nominations from companies across Canada for the December 2017 program. After much deliberation among a carefully selected group of individuals who form C100's Selection Committee, 20 companies were selected to participate in the next 48Hrs program (none from BC!).

The 48Hrs in the Valley December 2017 cohort Canadian companies include:

Editor's Note: Dear C100 Selection Committee - BC is one of the hottest tech regions in North America, and certainly within Canada, and not one single BC tech company is deemed worthy of making this list? 0 out of 20? What is up with that?

On December 5th and 6st, the founders of these promising Canadian companies will descend on San Francisco for an immersive two days of breakout sessions, workshops, networking, investor meetings, speaker series, and a chance to showcase their business in front of some of Silicon Valley's esteemed influencers and VCs. C100 aspires to empower founders to take what they learn during the program back to Canada to build the next wave of successful companies back home.

C100 is a non-profit, member-driven association of Canadian business leaders based in the San Francisco Bay Area. These investors, senior corporate leaders and successful entrepreneurs form a dynamic group of patriots dedicated to giving back to the Canadian innovation community and fostering the next generation of successful entrepreneurs and innovative companies in Canada. They do this through programs, such as Growth Summit and 48Hrs in the Valley, and through consultation with corporate leaders and policy-makers to provide key insights so Canadians can build world-class companies where we need them: in Canada. We bring “The Best of Silicon Valley to Accelerate Canada's Innovation Economy”.