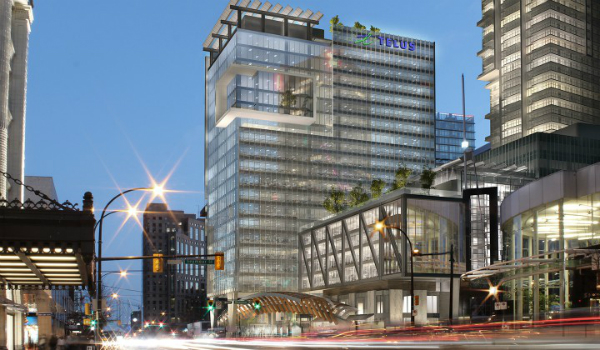 Burnaby, BC, October 6, 2017--(T-Net)--TELUS continues to push the boundaries of wireless speeds in Canada. Last week, the company successfully completed the first test of Licensed Assisted Access (LAA) on indoor and outdoor live networks in Canada.

LAA is one of the key LTE Advanced Pro technologies that will enhance the TELUS network as it continues to evolve toward next-generation 5G speeds. The technology works by combining licensed wireless spectrum with unlicensed spectrum that is publicly accessible. The result for the consumer is higher throughput and a better overall network experience.

“TELUS is committed to meeting Canadians' ever-growing demand for fast, reliable mobile connectivity and offering our customers the best network experience. As the first carrier in Canada to successfully deploy LAA, we're able to combine licensed and unlicensed spectrum to offer our customers with even faster speeds and more capacity,” said Ibrahim Gedeon, TELUS' Chief Technology Officer. “As we work with industry partners and regulatory bodies to enable new spectrum for the benefit of Canadians, our award-winning network will continue to get faster and faster as we lay the foundation for our next-generation 5G networks.”

TELUS customers will be able to realize the speed benefits of LAA later this year. LAA deployments will continue through 2017 and into 2018 in various locations across Canada that have high volumes of pedestrian traffic, including hotels, office buildings, arenas and public outdoor sites.

In support of our philosophy to give where we live, TELUS, our team members and retirees have contributed over $482 million to charitable and not-for-profit organizations and volunteered more than 7.7 million hours of service to local communities since 2000. Created in 2005 by President and CEO Darren Entwistle, TELUS' 12 Canadian community boards and 5 International boards have led the Company's support of grassroots charities and have contributed more than $60 million in support of 5,595 local charitable projects, enriching the lives of more than 2 million children and youth, annually. TELUS was honoured to be named the most outstanding philanthropic corporation globally for 2010 by the Association of Fundraising Professionals, becoming the first Canadian company to receive this prestigious international recognition.