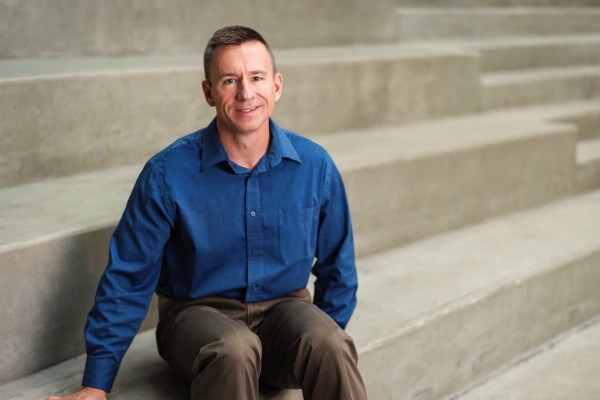 SFU physics professor Jeff Sonier leads a $4.3 million CFI-funded project that uses the muon to investigate a new generation of materials whose unique properties stem from the effects of quantum mechanics.

Burnaby, BC, November 17, 2017--(T-Net)--SFU physics professor Jeff Sonier is leading a $4.3 million CFI-funded project that uses the muon to investigate a new generation of materials whose unique properties stem from the effects of quantum mechanics.

For nearly four decades the subatomic physics laboratory, TRIUMF, in Vancouver, has housed a unique facility that uses the short-lived, muon subatomic particle (an elementary particle similar to the electron) as a sensitive magnetic probe in materials, and in studies of chemical reactions.

Today the muon is being used to investigate a fascinating new generation of materials whose unique properties stem from the effects of quantum mechanics.

These so-called quantum materials have the potential to revolutionize electronic, computing and energy-efficient technologies.

Professor Jeff Sonier, an expert in the use of the muon to investigate exotic magnetic and electronic properties of materials, is leading a TRIUMF-based research project focused on the study of quantum materials.

The project has received nearly $4.3 million from the Canada Foundation for Innovation (CFI) to accelerate this and other research on quantum matter, which aims to produce long-term environmental and economic benefits for Canada.

The project is called “High-Momentum and High-Luminosity Muon Beamlines for Molecular and Materials Science and Fundamental Muon Physics,” and is one of five SFU-led research projects benefiting from the CFI Innovation Fund.

SFU News recently spoke with Sonier about the project, built on a partnership that stems back to 1992.

Tell us about your academic background, you research interests and what led you to where you are today in your career.

I joined SFU's Department of Physics as an assistant professor in 2000. My research uses the subatomic particle, the muon, to probe the fundamental properties of quantum materials and novel states of matter by detecting related internal magnetic fields.

There are currently only four places in the world to perform such experiments, and the only one in North America happens to be here in Vancouver, at TRIUMF—it's one of the world's leading subatomic physics laboratories. I was fortunate to be part of early research there on high-temperature superconductors, which were discovered in 1986.

Please explain the fundamental value of your research and why it is important to Canadians and global citizens.

We'll use the CFI Innovation funding to develop new infrastructure that will reap long-term environmental and economic benefits for Canada. These will be realized through transferring knowledge that promotes future quantum information, communications and green-chemistry technologies. The funding also supports the development of a next-generation, supercritical, water-cooled, nuclear reactor.

Can you tell us about your proposal's research agenda?

Founded in 1968 by SFU, UBC and the University of Victoria, today TRIUMF is a consortium of 19 universities. TRIUMF's muon facility is the major infrastructure in the Centre for Molecular and Materials Science (CMMS), which attracts many researchers from around the world, and supports my research programs as well as those of SFU chemistry professor Paul Percival.

Through experiments using CMMS' muon beams, TRIUMF has provided us with invaluable information about superconductors, as well as a wide range of exotic magnetic materials, semiconductors, battery materials, and chemical reactions.

Our project will give Canadian and international users of the CMMS muon facility unmatched capabilities for studying quantum systems under normal and extreme conditions.

What are some of your key research accomplishments and how are they informing your future research? Are there any challenges you'd like to share?

As the foremost example of emergent quantum behaviour in matter, superconductivity has been, and remains, a major topic of study. Through the years, our muon studies at TRIUMF have led to numerous seminal contributions to our understanding of superconductivity. During this time, there have also been plenty of key successes from muon-based investigations of semiconductors, exotic magnetic systems, chemical systems and fundamental particle physics. There are always new problems emerging that are uniquely suited to muon experiments, but it is impossible to predict these.

How is your research innovative and cutting-edge, and why is it suitable for CFI funding?

Quantum materials' research and development has emerged as a strategic investment priority for Canada, with long-term economic benefits. Canada needs world-class facilities for research on quantum systems to complement the large investments it has made in talent.

What would you most like the public to know about your research project and goals?

We need large-scale, materials-research techniques to do science that can't be done with less expensive methods. The next-generation muon beam lines we are building at TRIUMF will promote innovation and encourage Canada's participation in future quantum information, communications and green-chemistry industries, as well as support the research and development of clean, next-generation nuclear power systems.