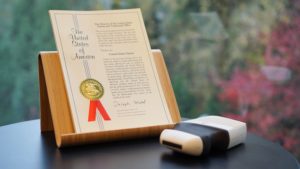 The patent was awarded for an innovative approach that allows users to easily discover nearby Clarius scanners, and connect to them using a high bandwidth connection that can handle the Clarius scanner's high-quality images.

Clarius engineers have solved many technical challenges to create a wireless ultrasound scanner that doesn't compromise on image quality.

One challenge related to how the Clarius App discovers the presence of a Clarius scanner in the vicinity to form a high-bandwidth connection. While some wireless connections (such as Bluetooth) allow for ease of discoverability, they typically don't provide a high bandwidth connection. In contrast, other types of wireless connections (such as Wi-Fi) provide higher bandwidth, but they don't provide the same ease of discoverability. 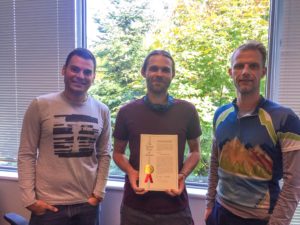 Clarius' new patent, awarded on September 21st 2017, helps the company achieve the best of both worlds.

Clarius Mobile Health was founded by experienced innovators who have played an instrumental role in the ultrasound industry. Our developers were the brains behind the first PC-based platform for ultrasound research. They also introduced the first touch screen ultrasound system with a simplified user interface.

*The patent description above is provided solely for this announcement, and not to be used for technical or legal purposes.