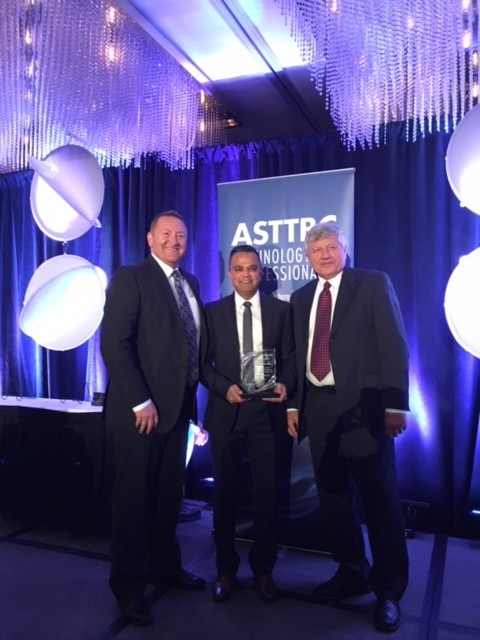 Surrey, BC, November 29, 2017--(T-Net)--Allnorth Consultants Limited announced it has been recognized with the 2017 ASTTBC Employer Award for the Enhancement of Career Success of Technology Professionals.

This award honours an employer for creating a work environment that accommodates the career success of Technology Professionals. The award was presented at the 2017 ASTTBC Technology Awards & Recognition, with 400 VIP attendees from government, industry, education and business from across the country.

John Leech, ASTTBC CEO commented at the event, “Allnorth is a great example of an employer who recognize technologists and technicians as an important part of their professional team. ASTTBC thanks you for your support and recognition that professional certification brings.”

In 1995, Allnorth Consultants Limited first laid down its technical service roots in Prince George, BC. By staying true to its core values of prioritizing a healthy and safe workplace, building and maintaining relationships with all stakeholders, respecting the cultural heritage of First Nations communities and recognizing environmental stewardship, Allnorth has successfully grown to hold multiple offices across North America.

Kris Kotzer, Director of People Development, and his team have hired hundreds of Technology Professionals to advance Allnorth's success. Allnorth has promoted Certified Technicians and Applied Science Technologists to Division Managers and other leadership positions throughout Canada. The role of Technology Professionals is both well represented, and more importantly well-respected, within the Allnorth organization.