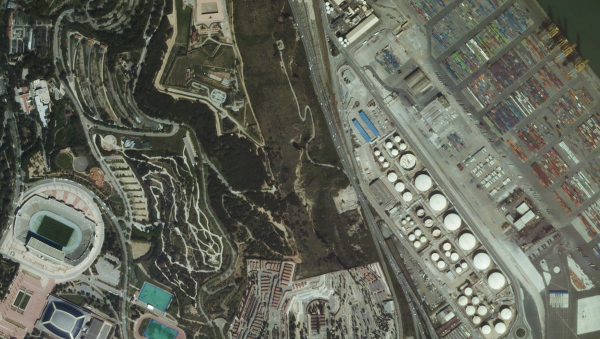 Consisting of three anchor customers and multiple incremental customers, these long-term revenue commitments contribute to a consistent UrtheDailyTM revenue stream over contract durations of between four and seven years.

"These binding revenue commitments from a diverse group of market leaders demonstrate a widespread recognition of the UrtheDailyTM Constellation as a best-in-class technology and a clear game-changer in the Earth Observation industry," stated UrtheCast's President and CEO, Wade Larson.

"We have now grown the stable, highly predictable revenue stream underlying the UrtheDailyTM business to a total backlog of more than C$100 million. Having reached this important milestone, and with our UrtheDailyTM financing package expected to close by year end, we are in an excellent position to confidently move forward with the development of the UrtheDailyTM Constellation and our goal of becoming the pre-eminent provider for the next generation of Earth Observation data and analytics services."

UrtheDaily™ is a planned global coverage constellation of medium-resolution optical satellites aiming to acquire high-quality, multispectral imagery, at 5-m GSD (Ground Sample Distance), taken at the same time, from the same altitude, every day. This robust, constantly updating data set will empower customers in government, aerospace, agriculture, insurance, infrastructure, and other sectors as they tackle the world's biggest challenges. UrtheDaily™ is the most advanced change-detection and monitoring system in the world, with disruptive and problem-solving technology that stands to transform the way we observe our planet.

UrtheCast Corp. is a Vancouver-based technology company that serves the rapidly evolving geospatial and geoanalytics markets with a wide range of information-rich products and services. The Company operates Earth Observation (EO) sensors in space, through its subsidiary Deimos Imaging, including two satellites, Deimos-1 and Deimos-2, to produce imagery data for partners and customers in multiple markets. UrtheCast processes and distributes imagery data and value-added products on behalf of the PanGeo Alliance, a network of seven satellite operators with a combined 13 medium- and high-resolution EO sensors. Additionally, UrtheCast is developing and expects to launch the world's first fully-integrated constellation of sixteen multispectral optical and SAR satellites, called OptiSAR™, and a satellite constellation designed to capture high-quality, medium- resolution optical imagery of the Earth's entire landmass (excluding Antarctica) every day, called UrtheDaily™. Common shares of UrtheCast trade on the Toronto Stock Exchange as ticker "UR".

This release contains certain information which, as presented, constitutes "forward-looking information" within the meaning of applicable Canadian securities laws. Forward-looking information involves statements that relate to future events and often addresses expected future business and financial performance, containing words such as "anticipate", "believe", "plan", and "expect", statements that an action or event "may" or "will" be taken or occur, or other similar expressions and includes, but is not limited to: UrtheCast's future growth and constellation operations plans; plans regarding the financing, build, launch and operation of the planned UrtheDailyTM Constellation, and the delivery of imagery produced by the UrtheDailyTM Constellation to customers of UrtheDailyTM; and UrtheCast's expectations regarding such customers complying with their payment obligations and other terms of their agreement with UrtheCast. Such statements reflect UrtheCast's current views with respect to future events and are necessarily based upon a number of estimates and assumptions that, while considered reasonable by UrtheCast, are inherently subject to significant uncertainties and contingencies.

Many factors could cause UrtheCast's actual results, performance or achievements to be materially different from any future results, performance, or achievements that may be expressed or implied by such forward-looking statements, including, among others: any delays or failures in the design, development, construction, launch and operational commissioning of the proposed OptiSAR or UrtheDailyTM constellations; the Company being unable to deliver imagery products meeting the minimum specifications required by the agreement with the customers described above; the Company being unable to finance the build, launch and commissioning of the UrtheDailyTM Constellation; the Company being unable to convert the Memoranda of Understanding in respect of funding of the OptiSAR constellation into binding, definitive agreements; interruptions to or failures of UrtheCast's infrastructure; legal and regulatory changes, as well as those factors and assumptions discussed in UrtheCast's annual information form dated March 28, 2017, (the "AIF"), which is available under UrtheCast's SEDAR profile at www.sedar.com.