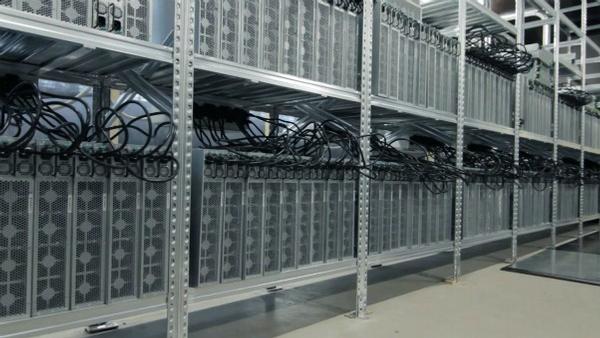 This major expansion will increase HIVE's energy consumption dedicated to digital currency mining from a targeted 17.4 megawatts (“MW”) in March 2018 to 24.2 MW in April 2018, escalating to an expected 44.2 MW by September 2018, and will include:

The Company also announced a private placement financing of up to C$115 million, led by GMP Securities L.P. and Eventus Capital Corp., with a lead indication of C$50 million already received.

"The addition of Bitcoin mining capability further establishes HIVE as a leader in digital currency mining and diversifies our revenue with a highly liquid currency,” commented Harry Pokrandt, President, CEO and a Director at HIVE.

“Our new Bitcoin facility will be among the most energy-efficient and largest Bitcoin mining farms in Europe. This facility will complement our large-scale GPU-based facilities being built in Sweden and currently operating in Iceland, and allow us to diversify from mining GPU-driven consensus algorithms to also include SHA-256 consensus algorithms. Sweden, like Iceland, is an excellent jurisdiction for HIVE with its abundant cheap electricity, good governance, and cool climate."

HIVE has rapidly established a portfolio of GPU-based digital currency mining operations in Iceland and Sweden, with assistance from Genesis. The Company's mining focus to date has been on the Alt-coin market, including Ethereum, Ethereum Classic, and ZCash. In addition to these and other digital currencies, Genesis is one of the leading miners of Bitcoin. HIVE is pleased to enter the Bitcoin mining market through the acquisition of new custom-designed ASIC-based digital currency mining rigs from Genesis on attractive terms, to be deployed at a state-of-the-art facility being constructed by Genesis in Sweden (such portion of the data centre housing HIVE's rigs, the “Sweden Bitcoin Data Centre").

The Sweden Bitcoin Data Centre will consist of newly constructed SHA-256 based ASICs for digital currencies such as Bitcoin and Bitcoin Cash mining (the “Equipment”) at an estimated rate of 200 PH/s and supporting an approximate consumption of 20 MW of electricity. The Equipment will be designed for efficiency and scale utilizing Genesis' expertise, and will be acquired for consideration of an estimated US$34 million. Pursuant to a master services agreement between the Company and Genesis, Genesis will be responsible for hosting, maintenance and related services for the Sweden Bitcoin Data Centre for a monthly fee.

Genesis expects to break ground on the new facility in May 2018 and the Sweden Bitcoin Data Centre is expected to come online by September 2018.

Completion of the Sweden Bitcoin Data Centre is subject to a number of conditions, including but not limited to, approval of the TSX Venture Exchange (the “Exchange”) as required, and completion of the Offering as defined below).

In addition to the Sweden Bitcoin Data Centre, HIVE also announced that it will finance the construction of a third phase of GPU-based digital currency mining rigs (the “Phase 3 Expansion”) at its previously-announced GPU-based data centre in Sweden (the “Sweden GPU Data Centre”).

The Phase 3 Expansion at the Sweden GPU Data Centre will be constructed by Genesis for consideration of an estimated US$22 million and is expected to be completed in April 2018. Pursuant to a master services agreement between the Company and Genesis, Genesis will be responsible for hosting, maintenance and related services for the Phase 3 Expansion for a monthly fee.

Completion of the Phase 3 Expansion is subject to a number of conditions, including but not limited to, Exchange approval as required, and completion of the Offering (as defined below).

HIVE is already fully financed to complete Phases 1 and 2 of the Sweden GPU Data Centre (aggregate amount of US$44 million consideration), with assembly, configuration and testing on track for rollout of Phase 1 in January 2018 and Phase 2 in March 2018.

The Company also announced that it has entered into an agreement with a syndicate of agents led by GMP Securities L.P. and Eventus Capital Corp., pursuant to which the Agents have agreed to place, on a best efforts basis, units of the Company at a price of C$3.15 per Unit, for aggregate gross proceeds of up to C$115,000,000.

The net proceeds of the Offering are expected to be used to fund the completion of the Sweden Bitcoin Data Centre and the Phase 3 Expansion at the Sweden GPU Data Centre, and for general working capital purposes.

The Offering is expected to close in one or more tranches with the final closing no later than December 29, 2017. Closing of the Offering is subject to certain conditions typical for a transaction of this nature and the receipt of all necessary regulatory approvals, including the approval of the Exchange.

HIVE Blockchain Technologies Ltd. is a growth oriented, TSX.V-listed company building a bridge from the blockchain sector to traditional capital markets. HIVE is strategically partnered with Genesis Mining Ltd. to build the next generation of blockchain infrastructure. HIVE owns state-of-the-art GPU-based digital currency mining facilities in Iceland, which produce mined digital currency like Ethereum around the clock, and is in the midst of a major expansion of operations into Sweden.

The Offering will take place by way of a private placement to accredited investors in such provinces of Canada as the Agents may designate, and otherwise in those jurisdictions where the Offering can lawfully be made on a private placement basis. The securities issued under the Offering will be subject to a four month and one day hold period from the date of issue in accordance with applicable securities laws in Canada, and potentially additional restrictions under the laws of other jurisdictions in which the Offering may be made.

Except for the statements of historical fact, this news release contains “forward-looking information” within the meaning of the applicable Canadian securities legislation that is based on expectations, estimates and projections as at the date of this news release. “Forward-looking information” in this news release includes information about the expansion of the Company's digital currency mining operations in Sweden (including into Bitcoin and Bitcoin Cash mining); the proposed Offering; the expected computational power and energy consumption of the Company's digital currency mining operations; expected start date of proposed operations; the business goals and objectives of the Company, and other forward-looking information includes but is not limited to information concerning the intentions, plans and future actions of the parties to the transactions described herein and the terms thereon.