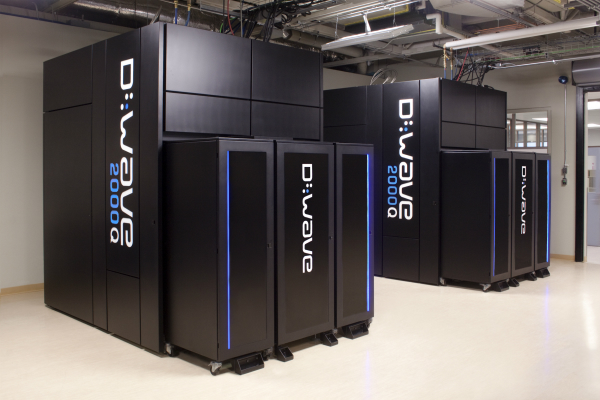 Burnaby, BC, December 4, 2017--(T-Net)--D-Wave Systems Inc., the world's leader in quantum computing systems and software, has announced major upgrades coming to the D-Wave 2000Q™ quantum computer in the first quarter of 2018.

Two of the most powerful new capabilities are reverse annealing and virtual graphs.

“With its expanding user base, D-Wave has had the opportunity to learn firsthand about new capabilities that would be useful to customers working on solving real world problems,” said Earl Joseph, CEO of Hyperion Research, “The combination of larger, more powerful quantum processors, enhanced user control over the quantum computation, and a growing list of software tools are all critical to advancing quantum computing. D-Wave is doing pioneering work in all of these areas.”

“The new capabilities will greatly benefit our customers by giving them new ways to exploit the power of the D-Wave 2000Q quantum computer,” said Jeremy Hilton, SVP Systems, D-Wave. “We continue to deliver rapid advances in quantum hardware, software, and other system components that our growing user base can leverage for application development.”

Reverse annealing lets users program the system in an entirely new way, harnessing powerful heuristic search algorithms for optimization and machine learning, and applications such as cybersecurity, and drug discovery.

Reverse annealing allows users to specify the problem they wish to solve along with a predicted solution in order to narrow the search space for the computation.

The predicted solution may be a result of a previous quantum or classical computation, or an educated guess. Using reverse annealing, D-Wave researchers observed a 150 times speedup over the current D-Wave 2000Q system.

"We are excited about the availability of reverse annealing in the D-Wave 2000Q system. We developed a new algorithm for quantum enhanced optimization, called quantum assisted parallel tempering, which depends on the ability to start the system in a classical state and then to increase the quantum fluctuations," said Hartmut Neven, Director of Engineering at Google, where he leads the Quantum Artificial Intelligence Laboratory.

“Reverse annealing enables tools that combine the best classical performance with the best QPU performance, to achieve synergistic solutions,” continued Hilton. “Using this approach, we have already seen terrific performance improvements, but we believe this is just the starting point. A number of our customers have already published ideas on how to exploit this kind of capability, and we expect to see significant breakthroughs in the future.”

Many optimization and machine learning algorithms are commonly described as graph problems. For example, graphical models are often used to analyze the flow of traffic between cities or the transmission of information between neurons in an artificial neural network. D-Wave's virtual graphs feature improves accuracy in the upgraded system, by allowing control over the interaction of groups of qubits, to model a node or link in a complex graph. This new feature has improved success rates by 5 times over earlier D-Wave 2000Q systems, for common hard optimization problems and machine learning models.

A growing number of software tools have been developed that help programmers map their problems to D-Wave's QPU. Virtual graphs can improve the performance of these tools, letting users work with probability distributions that are more complex than those available with the current D-Wave 2000Q system.

With 2000 qubits and a powerful new set of processor-level control features, the upgraded D-Wave 2000Q system can solve problems faster than the current system. The D-Wave 2000Q quantum computer is available for on-premise installations and through a D-Wave cloud subscription.

D-Wave's systems are being used by some of the world's most advanced organizations, including Lockheed Martin, Google, NASA Ames, USRA, USC, and Los Alamos National Laboratory. With headquarters near Vancouver, Canada, D-Wave's U.S. operations are based in Palo Alto, CA and Hanover, MD. D-Wave has a blue-chip investor base including Goldman Sachs, Bezos Expeditions, DFJ, In-Q-Tel, BDC Capital, Growthworks, 180 Degree Capital Corp., International Investment and Underwriting, and Kensington Partners Limited.