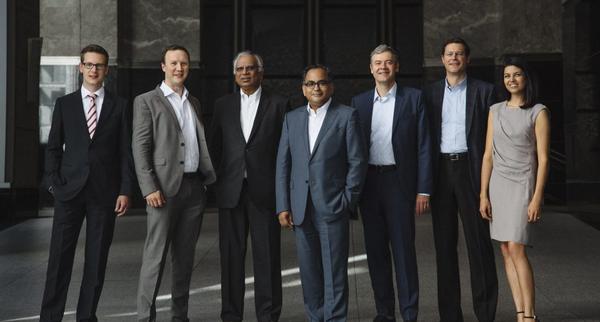 According to the CVCA, details about the new, multi-million dollar Yaletown Innovation Growth Fund are expected to be announced more fully in the coming weeks, but it includes predominantly Canadian institutional investors, including a large pension fund, as well as one foreign investor, so far.

This new fund will invest in emerging growth technology companies across Canada focused on enhancing sustainability and productivity in the Intelligent Industry and Intelligent Enterprise sectors.

Founded in Vancouver, BC and now managed by five partners with offices in Vancouver, Calgary, Montreal, and Toronto, Yaletown Partners plays a hands-on role with portfolio companies.

Their new fund focuses on high-opportunity sectors including Machine Learning, Data Analytics, and the Industrial Internet of Things. The firm's investment strategy is to help scale companies that are generating revenues and looking to finance their next stage of expansion to become market leaders.

Yaletown previously announced an earlier $100 milllion fund back in 2009 to support emerging startups with revenues of between $5M-$8M.

That second fund produced some high-profile exits including Vancouver-based BitStew Systems, which was acquired by GE for $205 million in late 2016, and which was awarded was awarded the CVCA's 2017 Venture Capital Deal of the Year Award for the transaction.

Salil Munjal, Yaletown's managing partner, reported to CVCA that the fund will be focused on enhancing sustainability and productivity in the intelligent enterprise sectors such as machine learning and the industrial internet of things.

“For us, it was hugely gratifying,” Munjal says of the results of the third Yaletown fund. “We are thrilled to have large, sophisticated institutional-grade, blue-chip type investors at the table, deciding they want to be participants in what happens in this sector over the next five-to-10 years.”

Yaletown invests in emerging-growth technology companies in Canada that enhance sustainability and productivity for industrial and enterprise customers. Our investments help Canadian technology companies in their initial growth phase to accelerate their growth, shorten exit timeframes and achieve strong exit premiums. Since 2013, Thomson Reuters' has ranked Yaletown as one of Canada's most active private independent technology investors. Yaletown is led by a team with almost 100 years of technology-industry experience and is backed by leading institutional investors and a network of successful technology entrepreneurs, executives and angel investors. Find out more about Yaletown and our portfolio of companies at www.yaletown.com

The CVCA is the voice of Canada's venture capital and private equity industry.

The CVCA works alongside its members (private and public sector firms managing the vast majority of venture capital and private equity in Canada) to improve the industry and drive innovation and growth.