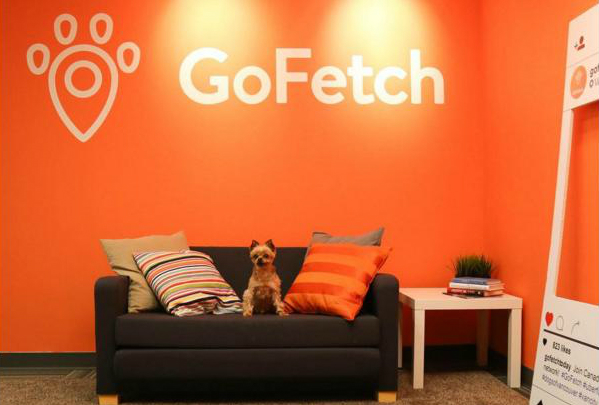 Vancouver, BC, April 25, 2017--(T-Net)--The Vancouver Sun reported today that Vancouver-based GoFetch Technologies Inc. has closed a $1.4 million seed financing round from a mix of institutional venture capitalists and high net-worth individuals (all in BC).

Founded in May of 2015, GoFetch is a mobile, on demand, marketplace that connects dog owners with dog walkers in their city, and the company has been growing rapidly following an earlier capital raise in June 2016.

The company is led by co-founders Willson Cross and Paul Ratchford (see bio's below).

Online sources have reported the round valued GoFetch at $7 million (unconfirmed) and the Vancouver Sun has reported today that the company has grown from six full-time employees to 15 in the past 6 months, and also expanded its operations from a spot in a local co-working space to its own office premises downtown.

See the Vancouver Sun's in depth more detailed coverage of this story here.

With GoFetch, dog parents can discover, book, and manage personalized care for their dogs, including dog boarding, sitting, and dog walking. New sitters and walkers go through a background check, provide references, give GoFetch a dog-care plan, and go through the GoFetch vetting process.

GoFetch offers premium insurance for all services booked on GoFetch, secure online payments, and world-class customer support. Thousands of Canadians have used and have had positive experiences on GoFetch.

GoFetch is venture-backed and has launched across Canada.

GoFetch is one of the fastest-growing tech companies in Canada, and Canadian leader online marketplaces where owners can find services for their pets. The company started with dog walk and is expanding into other services. Pet services is a $70-billion industry.

Willson is the co-founder of GoFetch. He is involved in crafting the company culture, shaping the brand, and innovating future growth opportunities in mobile marketplaces. Under Willson's leadership, GoFetch is the epitome of the sharing economy, with plans to expand into new markets and offerings. Willson loves a good game of tennis, while not busy building Canada's largest mobile marketplace. Willson received his Graduate Certificate in Digital Marketing from New York University and studied Commerce at the University of British Columbia.

Paul drives the company's vision, strategy and growth as it seeks interesting and unique ways to grow the GoFetch marketplace and change the lives of those in it. He has proven himself in business as an analyst at JPMorgan's Investment Bank, and then founding his own US based real estate company. While not busy growing Canada's first on demand dog walking app, Paul can be found on a run with his beloved Aussie Shepherd, Juno. Paul received his bachelor's degree at Columbia University in the City of New York, while playing varsity tennis.