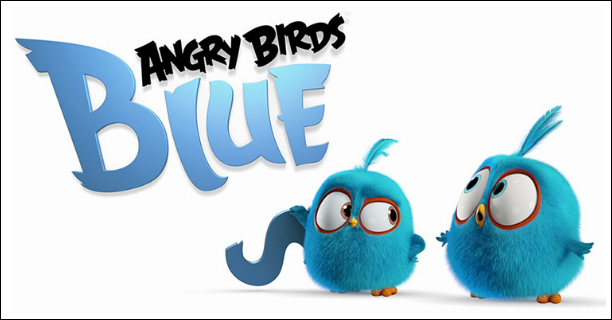 The series debuted March 10 on Rovio's kid-friendly ToonsTV service. Rovio teased the series during the end credits of last year's “The Angry Birds Movie,” which grossed nearly $350M at the Global Box Office.

The story follows the hilarious antics of mischievous bluebird triplets who charge into outrageous escapes on Bird Island. Bursting with energy and big plans that either wildly succeed or disastrously fail, the Blues' feats are often complicated by a supporting cast of naive, yet adorable, hatchlings.

“We're excited to be entering into a new relationship with Rovio to extend the world of “Angry Birds” into a new TV series,” said Delna Bhesania, CEO & Co-founder of Bardel Entertainment. “This is an opportunity for Bardel to offer a bigger breadth of services and push the boundaries of quality for animated TV.”

It was during the development of the “look-of-picture” when Rovio and Bardel began the collaboration for the series. One of the biggest hurdles to over-come was creating a ‘feature-film look' using a television schedule and budget. It was imperative that the quality of work be indistinguishable from the Angry Birds feature film that was produced by Rovio and distributed by Sony Pictures.

“We knew we wanted to work with Bardel because they understand the high level of quality that the Angry Birds brand demands,” said Joonas Rissanen, Producer of “Angry Birds Blues.” “Bardel helped us get as close as possible to a feature film look within a TV-series budget.”

In order to maintain the fast-paced schedule without compromising the quality, Bardel's Studio CG Supervisor, Chris Browne, strategized with his team to develop innovative solutions that would optimize the CG workflow.

One of the tools they created was a pipeline that was able to render detailed, high-quality assets, such as dense grass in a large scaled environment. Assets of this quality can be extremely challenging to optimize. The team created a tool to build grass only in the camera view, as opposed to the entire environment. Other innovative tools created include a 360 rotational lighting system to achieve the high-quality cinematic effect for of the series; and a workshare tool that enabled artists to share technical settings to eliminate repetitive tasks.

Each of the initial 30 episodes of the series runs 2-3 minutes in length.

For over 25 years, Bardel Entertainment Inc. has been the leading animation services provider in North America due to its stellar reputation built on three core values: quality, creativity and innovation. Led by its founders Barry Ward President and Delna Bhesania CEO, (Nominated for Ernst & Young's Entrepreneur of the Year 2015) Bardel is recognized as one of the most trusted names in the industry.

Rovio Entertainment Ltd., based in Espoo, Finland, is the creator of Angry Birds, the casual mobile game that changed an industry and became an international phenomenon. Today Angry Birds is not only the most downloaded series of games of all time, it is a renowned entertainment brand that has branched out into animation, licensing and more. The Angry Birds Movie was released in May 2016. www.rovio.com