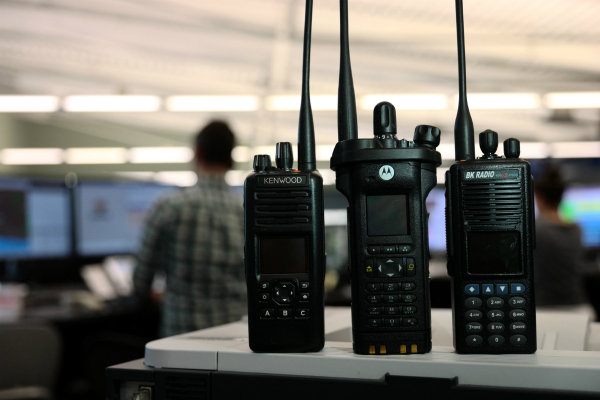 Among the key features of the “next generation” system and equipment: Greater reliability, water immersion resistance, radio monitoring (enabling dispatchers to remotely activate radio microphones for improved responder safety), noise-cancelling technology to reduce background sounds and allow responders to be heard more clearly in noisy environments, increased coverage, audio clarity and security, GPS tracking, an expanded range of accessories and the ability to add new features through software upgrades in the future.

Richmond, Ridge-Meadows and UBC detachments are the first RCMP agencies to transition to the radio system, part of a planned rollout that will see 32 emergency-service agencies move to the new network in a phased approach that is scheduled through to the end of 2017.

Richmond RCMP has been using the existing E-Comm radio system since 2000 and Ridge-Meadows and UBC detachments first joined in 2001. Combined, all three detachments generate more than 7 million radio transmissions per year.

“The safety and security of our officers is of the utmost importance to us,” stated Lois Karr, Acting Deputy Criminal Operations Officer for the BC RCMP. “The police radio is arguably the most important tool in our tool belt, it connects us not only to each other and to our police dispatchers, but also to our policing partners, including fire services and ambulance personnel. This transition to the “next generation” radio system in our detachments, will undoubtedly add to the security of our officers, with the increased interoperability, better clarity and coverage.”

Earlier this morning Richmond RCMP's Officer in Charge, Superintendent Will Ng, made an inaugural broadcast to officers over the new network. He explained that the features of the radio system will “provide superior coverage and a level of increased security that will directly benefit the RCMP and our community, improving the safety of responders as well as the members of the public that we are assisting.”

The replacement of the existing regional radio network is the largest and most complex technology project E-Comm and its emergency-service partners have undertaken since the current radio system was first implemented 1999.

The new network is also fully encrypted, meaning communication among first responders will be kept extra secure and the privacy of the public who are being assisted by emergency services will be better protected during the necessary transmittal of personal and private information over the voice network.

“The RCMP have been long-time radio partners with E-Comm and we're proud to support each detachment's transition to the new system,” said E-Comm President and CEO David Guscott. “While the previous network has served the region well for close to 18 years, the new system is more advanced, more rugged and more resilient—enhancing the safety of police officers and the citizens they serve and protect.”

The new radio system will be used by police departments and BC Emergency Health Services (BC Ambulance Service) in Metro Vancouver and Abbotsford, in addition to 12 fire departments in Metro Vancouver and the BC Conservation Service. Approximately 8,000 new radios will be deployed generating more than 130 million transmissions each year. Because this is a planned transition, the annual cost of the new radio network will be about the same as the annual cost of the current network, even with its enhanced features. The new radio system is expected to have an operational lifespan of 15 or more years.

E-Comm operates the largest multi-jurisdictional, tri-service emergency radio system in the province and is the largest 9-1-1 call centre in Canada, handling approximately 1.36 million emergency calls per year for Metro Vancouver and 25 other regional districts and communities spanning from Vancouver Island to Alberta and from the U.S. border, to north of Prince George. E-Comm also provides call-taking and dispatch services to 35 police agencies and fire departments in southwest B.C. For more information visitwww.ecomm911.ca.