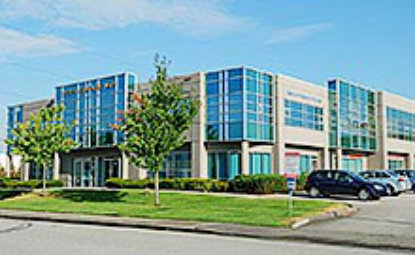 Richmond, BC, July 11, 2017--(T-Net)--Zecotek Photonics Inc. (TSX-V: ZMS), a developer of photonics technologies for healthcare, industrial and scientific markets, announced today that it has received orders in the amount of $1.2 Million for its patented LFS scintillation crystals.

The majority of the total amount was from the Shanghai EBO Optoelectronics (EBO) which is part of the exclusive $21 million LFS crystal supply agreement previously announced on January 25, 2017.

The LFS crystals ordered by EBO will be used in positron emission tomography (PET) medical scanners and other third party applications. Part of the order was made directly with Zecotek and is to be used in radiation detection applications.

“EBO Optoelectronics recognized the value of our crystal technology and made a $21 million commitment over the next three years. EBO has reach beyond PET OEMs and is bringing in non-medical related orders. Our LFS crystals are characterized by their superior cost-performance. Chinese OEMs are recognizing the advantages, but so too is the broader worldwide PET market. We have a dedicated technical and sales team working with EBO and the PET OEMs and their work is yielding positive results.”

EBO Optoelectronics is the largest crystal array producer and supplier in China and uses Zecotek's LFS scintillation crystals exclusively for their PET arrays. It has an extensive and international customer list including the top PET OEMs in the world, and exclusively serves China, the second largest medical device market in the world. As China experiences rapid economic growth and an aging population, the Chinese government is making significant investments in the medical system directly and through regulations and incentives. Increasingly medical administrators in North America and Europe are looking to China for leading edge medical technology like PET scanning devices.

Zecotek has created strategic partnerships in China with the goal of becoming the leading supplier of scintillation crystals and other the key components for high tech medical scanners in China and around the world.

Founded in 2007 and headquartered in Shanghai, EBO has more than 120 employees and 4,000 square meters of manufacturing space. Shanghai EBO fabricates and supplies crystal arrays to an extensive customer base which includes: Neusoft Medical Systems, Samsung Medical, Topgrade Healthcare, FMI Medical Systems, IHEP of CAS, Huazhong University of Science and Technology, and many domestic and foreign universities and research institutions. EBO has the highest standard processing production line and offers shaped crystal customization and crystal array assembly to end users.

The Beijing Opto-Electronics Technology Company (BOET), a subsidiary of North-China Research Institute of Electronics-Optics, will supply the LFS scintillation crystals. BOET is an industry leader in growing, cutting, polishing and large scale production of scintillation crystals grown by the Czochralski method. Zecotek's patented manufacturing process permits the growth of very large-diameter boules with uniform properties and without cracking (a problem with many competing scintillation materials), resulting in high element output and lower unit costs.

Neither the TSX Venture Exchange nor its Regulation Service Provider (as that term is defined in the policies of the TSX Venture Exchange) accepts responsibility for the adequacy or accuracy of the content of this news release. If you would like to receive news from Zecotek in the future please visit the corporate website at www.zecotek.com.