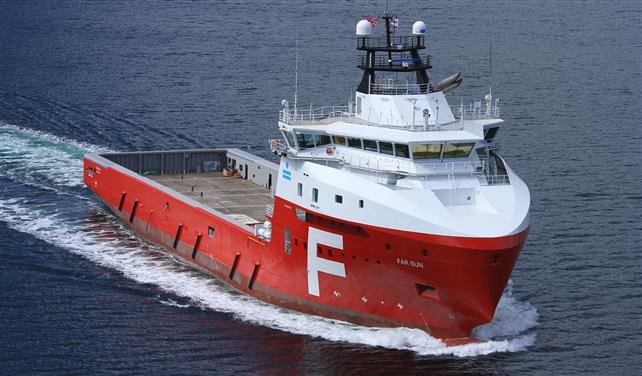 Richmond, BC, July 21, 2017--(T-Net)--Corvus Energy announced that it has been selected as the supplier of a lithium ion based energy storage system (ESS) for the hybridization of Farstad Shipping's PSV Far Sun being integrated by Vard Electro, in the second half of 2017.

The energy storage system will be utilized during all aspects of the PSV's operation, particularly during Dynamic positioning and harbour operations where fuel consumption and emissions will be significantly reduced. Equally important to Farstad and Statoil (who maintains a long-term charter for the PSV), the ESS will increase safety through provision of spinning reserve for improved response time as well as increased redundancy.

“As we have experienced with many vessel types, the Orca ESS is ideally suited for the hybridization of the Far Sun PSV”, says Ronald Hansen, Global Service Manager of Corvus Energy. “Through close collaboration with Vard, our teams have developed a lean solution which meets the aggressive environmental, safety, performance and operating cost objectives of Farstad and Statoil.”

Statoil, an important client of Farstad Shipping, is focused on improved safety, efficient operations and reduced environmental impact. Through a long-term contractual relationship and a strong emphasis on reducing emissions, Statoil has been a key element in the efforts to have battery technology installed on board Far Sun.

“The energy storage system will provide significant savings for Farstad and Statoil over time, enabling the ship to more efficiently utilize energy produced by the generators, as well as simplifying the use of shore power. This will substantially reduce consumption and emissions. Another effect is less noise from ships in port”, says Christian S•vik, VP Global Services of Vard Electro.

As the leading manufacturer of energy storage systems for maritime applications, Corvus reported that it continues to lead the industry with 80+ installations utilizing a Corvus ESS, totaling over 45MWh and 1 million operating hours.