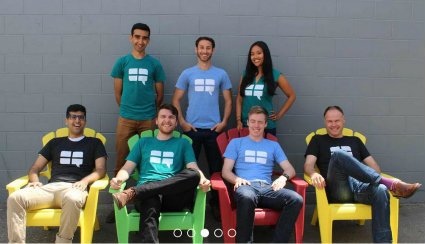 The company organically grew key financial metrics by double and triple digits; launched the first version of its Apollo™ programmatic marketing platform; and completed the acquisition and integration of GravityLab Inc.'s technology assets and team.

“2016 finished with strong performance across all groups in the company,” said CEO Jim Hayhurst. “Not only did our Atlas media buying teams produce record revenue and profits, they worked closely with our developers to inform the machine learning capabilities of our first version of Apollo. In so doing, we were able to achieve our goals for the year and confidently act on the unique opportunity to bring the GravityLab team and technology to Pretio in January.”

In Apollo, the company is now offering a select group of brands the ability to harness the power of programmatic advertising, while paying only for performance.

Apollo's real-time analysis of dozens of key demographic and behavioral attributes automates media-buying decisions to maximize ROI and provide complete transparency to advertisers. Apollo is currently in use by tier-one CPG advertisers and data-driven marketing agencies who need to target better and spend smarter.

Pretio also completed the acquisition of assets from GravityLab, including its campaign tracking and optimization platform. In addition, key sales and technology members of the GravityLab team immediately joined Pretio to bolster its internal video campaign capabilities.

“GravityLab built a unique and valuable technology for performance marketers,” said Pretio Founder & COO Ty Sinclair. “More importantly, the team behind it is one of the best in the video advertising space. We were fortunate to be able to integrate this high-capacity group into Pretio in such a quick and seamless transaction. As expected, our team welcomed them with open arms and we have already seen tremendous growth in revenue, profitability and technical insights in the first weeks of 2017.”

Now in its fourth year, Pretio has grown its team twofold in the past 18 months. The team was recognized in 2016 with two VIATEC Awards: CTO Rob O'Dwyer (Employee of the Year) and CEO Jim Hayhurst (Colin Lennox Award for Technology Champion).

Pretio Interactive combines machine-learning and real-time consumer interaction to serve personalized ads that help marketers excel at customer acquisition. The company is based in Victoria, BC, one of Canada's fastest growing technology hubs, and is backed by veteran Canadian investors Wesley Clover International and Yaletown Venture Partners.