Ottawa, ON, August 21, 2017--(T-Net)--CATAAlliance, Canada's One Voice for Innovation Lobby Group, announced that it has voiced strong opposition to the federal government's tax changes proposed by Finance Minister Bill Morneau that would see entrepreneurs treated exactly the same way with respect to their earnings as employees.

He added, "The suggestion is that the current system is “unfair” insofar as it provides a preference to small business owners vis-à-vis employee taxpayers. That analysis of course makes no provision for the absence of risk by employees, the question of liability for employee wages, all source deductions, benefits, and the fact that the entrepreneur is the last person to get paid and suffers any losses personally.” 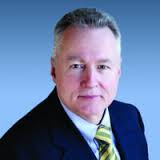 CATA Innovation Leadership Council member and Founder & Partner, Labarge Weinstein, Paul Labarge, said, ” Most egregiously, the government's analysis makes no allowance for the huge benefit enjoyed by employees in the public service and any large corporations with respect to pension benefits and other associated health and welfare benefits that are simply not accessible to small business.”

He continued, "The fact that the government has tabled this material in the middle of July and has set October 2 as the date for submissions with the proviso that they will not consider any submissions that relate to the underlying principles makes a mockery of the process and the integrity of the department. To put an end to the longstanding principle that there are some tax rewards for those who take the risks in business is a sad development."

Reid concluded, "Small and Medium sized Enterprises (SME) are the backbone of Canada's economy, comprising more than 1 million registered employer businesses (98% of all businesses), about 50% of Canada's workforce and over 40% of Canada's private sector economy. As such, the federal government needs to avoid disincentives to small businesses who are taking calculated risks in developing innovation.”

Please share your guidance and views on the proposed tax legislation for professional corporations by contacting CATA CEO, John Reid at jreid@cata.ca

and/or by posting commentary on the CATA Social Public Policy Network at: