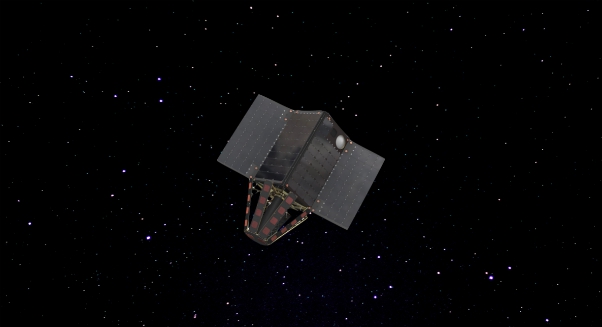 Vancouver, BC, August 21, 2017--(T-Net)--Vancouver-based Helios Wire announced today that it has raised an additional $5 million (US$4M) in financing to help facilitate the launch of its first two satellites.

These funds will be allocated towards the development of the satellite-based IoT system that Helios is building.

“We're extremely pleased with the level of investor interest in Helios Wire's mission. The funds from this round of financing will be put towards the launch of our first satellite this Christmas, as well as the two other satellites scheduled to be launched during the second half of 2018,” explains Scott Larson, CEO and Co-founder of Helios Wire. “We're in the midst of a seismic shift in the way industries operate. Our goal is to make certain that companies and organizations, regardless of size, are able to participate in the enabling technologies of IoT, particularly in the industrial sectors,” says Larson.

Editor's Note: Helios Wire CEO Scott Larson was formerly CEO, co-founder, and Director of Vancouver-based UrtheCast, a new entrant into the remote sensing industry. At UrtheCast, he led the company through the start-up, IPO, and into the operational phase, ultimately raising over $225 million and ramping up to 250 employees and reaching a market valuation of $500 million in less than 5 years.

Prior to starting UrtheCast, Scott's career was heavily focused on technology and corporate finance advisory services.

The Boston Consulting Group has predicted that $267B will be spent on IoT technologies, products, and services by 2020. Already, IoT is improving operations, but small and medium-sized companies have yet to fully capitalize.

“Today, Industrial IoT is frequently considered to be costly, inaccessible, and best suited for larger, international organizations; but that won't always be the case,” says Larson.

With increased affordability of IoT, data generation and predictive analytics — powered by artificial intelligence technologies similar to those provided by Helios — companies large and small can benefit from what's already becoming an industrial revolution.

“For instance, a small-scale farmer will be able to use Helios Wire's economical IoT service to optimally manage a handful of fields. As well, multinational shipping corporations and exporter-importers will be able to optimize fleets and shipments,” Larson says.

In June 2015, the McKinsey Global Institute reported that the potential economic impact of IoT would grow from $3.9 trillion to $11.1 trillion by 2025. By 2020, it's anticipated that there will be as many as 30.7 billion trackers worldwide, though many of those trackers (via communications satellites) and bandwidth costs are prohibitively expensive.

“For the purposes of agriculture, infrastructure, and some asset monitoring, 12-hour latency is more than enough to provide heightened analysis and optimization of processes,” explains Larson.

Businesses need information. It doesn't matter if a company has operations around the world, or just around the corner, more information allows for more insight, better decisions, and improved results. Machine-to-machine communication enables data, analytics, and actionable insight.

Innovations using M2M are coming online almost every day as businesses understand what is now possible and begin to track, monitor and maintain remote assets, utility grids, remote infrastructure, and inventory in a way that has never been possible.

The Helios system is designed for both existing and emerging IoT and M2M applications, including the monitoring and controlling of both fixed and mobile assets in the transportation, consumer, logistics, security/public safety, energy, mining, industrial/construction, agriculture, animal management, and other industries. Helios will service local, national, and global markets, spread over regional, rural and remote areas, difficult terrain, and in maritime areas and emerging markets underserved or poorly served by existing satellite and terrestrial-based solutions.

Providing M2M with the goal of enabling the Internet-of-Things from Space will be done by blending terrestrial based networks with our constellation of low earth orbiting satellites in order to use the combined dataset, for analytics, for information, and for actionable insight-as-a-service.