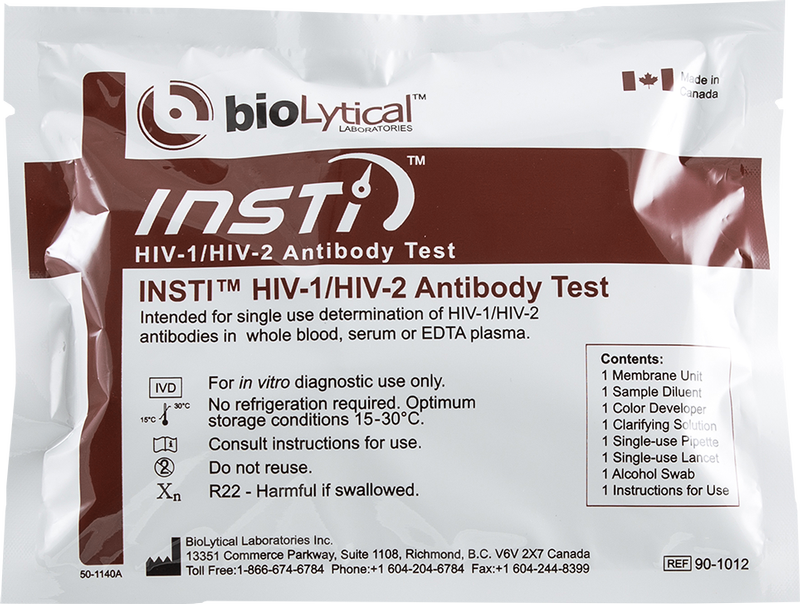 Richmond, BC, August 24, 2017--(T-Net)--bioLytical Laboratories, a leader in rapid infectious disease tests, has announced the launch of its INSTI® HIV Self Test in pharmacies across the Netherlands.

INSTI is an over-the-counter adaptation of the INSTI point-of-care test which has been trusted by healthcare professionals in Europe for over 10 years.

Just achieving the first 90% is a major undertaking. As of 2014, of the estimated 2.5 million people in the World Health Organization (WHO) European Region living with HIV, approximately half were not even aware of their status. Amsterdam has made great achievements in the elimination of HIV and is one of the first European cities that has reached the UN targets. In the latest report published by UNAIDS, Amsterdam is 94-90-94. With the availability of HIV tests in pharmacies, the Netherlands can strive for 100-100-100.

Presently, there are several options available for getting tested, but having access to a very simple yet highly accurate test, allows consumers to test themselves without having to make an appointment at a laboratory, hospital or clinic.

“We saw the need to provide a solution that would empower individuals to take control of their health in a discrete way, and within the comfort of their own home,” said Robert Mackie, bioLytical's President. “By launching in the Netherlands, we are able to make HIV testing more accessible and to diagnose those unreachable through current programs.”

The launch in the Netherlands commenced with 20 HIV-specialized pharmacies and further penetration throughout the country is expected to all 1,900 pharmacies. Please visit http://www.hiv-zelftest.nl/ to find a location near you.