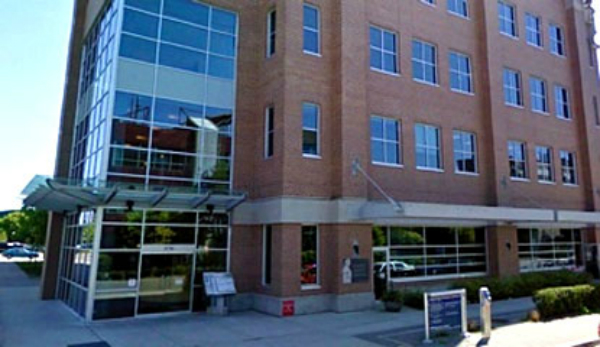 "Our second quarter was marked by several business development and regulatory accomplishments which pave the way for increased access to our products internationally," commented William Hunter, MD, CEO and President of Cardiome.

"Our commercial launch of BRINAVESS® in Canada continues to expand our geographic footprint, and we look forward to making additional products available to our Canadian sales force as we work alongside the provincial formularies. These efforts are expected to be supplemented by targeting Canadian NDS filings for TREVYENT® and XYDALBA™ later this year. These achievements are important steps as we continue to build a commercial portfolio of differentiated hospital products that address patient needs, and make these products available through our global distribution capabilities."

In the second quarter of 2017, the Company amended the terms of its term loan agreement with CRG-managed funds. As a result, Cardiome incurred investment banking, legal and other expenses of $1.4 million during the three and six months ended June 30, 2017.

Cardiome Pharma Corp. is a specialty pharmaceutical company dedicated to the development and commercialization of innovative therapies that will improve the quality of life and health of patients suffering from disease. Cardiome has two marketed, in-hospital, cardiology products, BRINAVESS® (vernakalant IV), approved in Europe, Canada, and other countries for the rapid conversion of recent onset atrial fibrillation to sinus rhythm in adults, and AGGRASTAT® (tirofiban hydrochloride) a reversible GP IIb/IIIa inhibitor indicated for use in patients with acute coronary syndrome. Cardiome also commercializes ESMOCARD® and ESMOCARD LYO® (esmolol hydrochloride), a short-acting beta-blocker used to control rapid heart rate in a number of cardiovascular indications, on behalf of their partner Amomed in select European markets. Cardiome has also licensed: XYDALBA™ (dalbavancin hydrochloride), a second generation, semi-synthetic lipoglycopeptide approved in the EU for the treatment of acute bacterial skin and skin structure infections (ABSSSI) in adults for select European and Middle Eastern countries and Canada from Allergan; and TREVYENT®, a development stage drug device combination that is under development for Pulmonary Arterial Hypertension for Europe, the Middle East and for Canadian markets from SteadyMed Therapeutics.

Certain statements in this news release contain forward-looking statements within the meaning of the Private Securities Litigation Reform Act of 1995 or forward-looking information under applicable Canadian securities legislation that may not be based on historical fact, including without limitation statements containing the words "believe", "may", "plan", "will", "estimate", "continue", "anticipate", "intend", "expect" and similar expressions. Forward- looking statements may involve, but are not limited to, comments with respect to our objectives and priorities for 2017 and beyond, our strategies or future actions, our targets, expectations for our financial condition and the results of, or outlook for, our operations, research and development and product and drug development.

Many such known risks, uncertainties and other factors are taken into account as part of our assumptions underlying these forward-looking statements and include, among others, the following: general economic and business conditions in the United States,Canada, Europe, and the other regions in which we operate; market demand; technological changes that could impact our existing products or our ability to develop and commercialize future products; competition; existing governmental legislation and regulations and changes in, or the failure to comply with, governmental legislation and regulations; availability of financial reimbursement coverage from governmental and third-party payers for products and related treatments; adverse results or unexpected delays in pre-clinical and clinical product development processes; adverse findings related to the safety and/or efficacy of our products or products; decisions, and the timing of decisions, made by health regulatory agencies regarding approval of our technology and products; the requirement for substantial funding to expand commercialization activities; and any other factors that may affect our performance. In addition, our business is subject to certain operating risks that may cause any results expressed or implied by the forward-looking statements in this presentation to differ materially from our actual results.

These operating risks include: our ability to attract and retain qualified personnel; our ability to successfully complete pre-clinical and clinical development of our products; changes in our business strategy or development plans; intellectual property matters, including the unenforceability or loss of patent protection resulting from third-party challenges to our patents; market acceptance of our technology and products; our ability to successfully manufacture, market and sell our products; and the availability of capital to finance our activities;These and other risks are described in the Form 40F and associated documents filed March 29, 2017 (see for example, "Risk Factors" in the Annual Information Form for the year ended December 31, 2016), in the Form 6-K filed May 15, 2017, and in our other filings with the Securities and Exchange Commission ("SEC") available at www.sec.gov and the Canadian securities regulatory authorities at www.sedar.com. Given these risks, uncertainties and factors, you are cautioned not to place undue reliance on such forward-looking statements and information, which are qualified in their entirety by this cautionary statement.