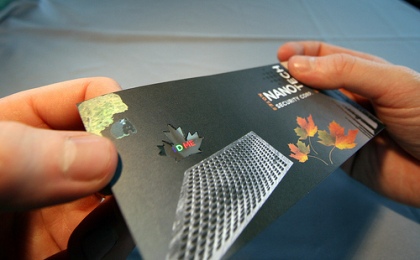 Burnaby, BC, August 25, 2017--(T-Net)--Nanotech Security Corp. (TSXV: NTS), a leading innovator in the design and production of advanced security products for the anti-counterfeiting market, announces the early retirement of a $3.0 million secured note.

The note was previously issued to finance real estate assets acquired in the Fortress Optical Features Ltd. acquisition in September 2014. It bore a 4% annual interest rate and was due in September 2017.

The Company used funds originally earmarked to redeem its $4.2 million convertible debentures. As many debenture holders elected to convert their debentures into common shares of the Company, only $1.4 million was required to be repaid.

With the recent retirement of the convertible debentures and now with the payment of the $3.0 million secured note, the Company is debt free.

“Given our recent $13.3 million financing, the cash from operations generated in the third quarter, and the visibility into our pipeline, we decided to repay the debt early, instead of refinancing, to reduce our interest expense,” said Nanotech CEO Doug Blakeway. “Doing so saves the Company $120,000 per year in interest and the Company is now debt free with a strong cash balance to execute on our growth opportunities.”

Nanotech designs, manufactures and markets nano-optic OVDs and OTF products. These products have brand protection and enhancement applications across a wide range of markets including banknotes, secure government documents, commercial branding, and the pharmaceutical industry. The Company is initially focusing its efforts on the banknote market due to its high margins and its established customer base.

The Company's nano-optic technology employs arrays of billions of nano-indentations that are impressed or embossed onto a substrate material such as polymer, paper, metal, or fabric. By using sophisticated algorithms to direct an electron beam, the Company creates visual images with colour shifting effects such as 3D, perceived movement, and can also display high-definition colours including skin tones, and whites and blacks, which are not possible using holographic technology.