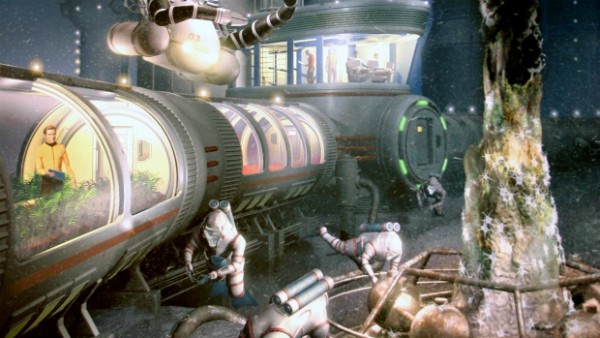 Underwater inventor Phil Nuytten's vision for the future is to build a colony where people can live and work on the ocean floor of Burrard Inlet (Photo Credit: CBC)

Vancouver, BC, August 28, 2017--(T-Net)--The CBC reported yesterday that Phil Nuytten, founder of North Vancouver's Nuytco undersea engineering business, has been invested into the Order of Canada in Ottawa.

An internationally recognised pioneer in the diving industry, Phil Nuytten has spent 40 years creating deepwater dive products that have opened the ocean's depths to exploration and industry.

Created in 1967, the Order of Canada, one of our country's highest civilian honours, recognizes outstanding achievement, dedication to the community and service to the nation. Close to 7000 people from all sectors of society have been invested into the Order.

Their contributions are varied, yet they have all enriched the lives of others and have taken to heart the motto of the Order: DESIDERANTES MELIOREM PATRIAM (“They desire a better country”).

Appointments are made by the governor general on the recommendation of the Advisory Council for the Order of Canada.

But, according to the CBC, Nuytten also now has his sights set on a big new bucket list project — a vision of the future.

It's an otherworldly concept, dubbed Vent Base Alpha, where people would live in a self-sustaining station deep under the ocean. Nuytten wants to see such a colony built on the ocean floor in B.C.'s Burrard Inlet. 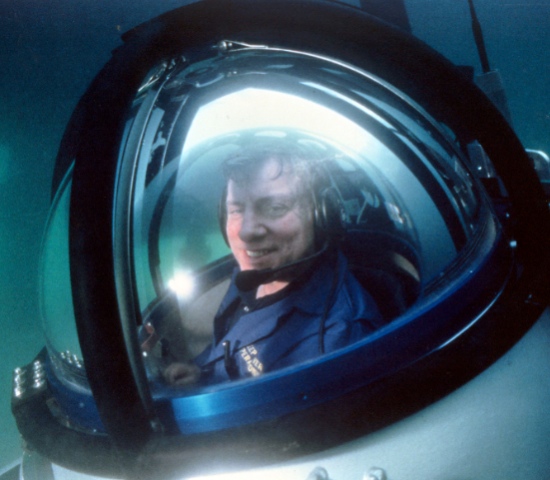 An internationally recognised pioneer in the diving industry, Phil Nuytten has spent 40 years creating deepwater dive products that have opened the ocean's depths to exploration and industry.

Through his companies, Nuytco and Can-Dive, he has developed the technology to allow longer-length diving expeditions with increased safety.

Nuytten's one-atmosphere systems - the hard-suits ‘Newtsuit' and ‘Exosuit', and his deep-diving “DeepWorker” submersibles - are renowned internationally. This deep diving equipment, along with Nuytten's military submarine rescue system (designated ‘Remora' by the Royal Australian Navy and ‘PRMS' by the US Navy), is standard in nearly a dozen of the world's navies.

Contract work has taken him to oilfields, submarine construction sites and sunken wrecks around the world, including the Breadalbane, the northern-most known shipwreck, where his record dives through icy Arctic waters earned him a place on the cover of National Geographic Magazine in 1984. Nuytten was one of the forces behind the ‘Sustainable Seas Expeditions', a five-year initiative by the National Geographic Society and NOAA to study deep ocean environmental impact. During this project, DeepWorker micro-subs were used to explore and monitor National marine sanctuaries. The findings from this expedition have contributed significantly to scientists' understanding of underwater ecology, habitats, and biodiversity.

Nuytten and his team are currently training astronauts from NASA and the Canadian Space Agency to pilot the DeepWorker Submersibles for the NASA Extreme Environment Operations (NEEMO) project, a multi-year research project.

NEEMO presents an opportunity to advance the long-term objective of human exploration of near-earth asteroids by combining research on life in extreme environments with high fidelity training in an underwater, remote field setting. The information gained from this analogue project will help to improve the knowledge base, tools and techniques for future human space exploration.

Phil Nuytten has spent over forty years developing undersea systems that have the safety of the diving technician as their common theme. His goal has been to provide scientific, technical, military, and sport divers full access to continental shelf depths without the hazards of decompression, so that humans can explore, learn about, and - ultimately - protect the world's oceans. 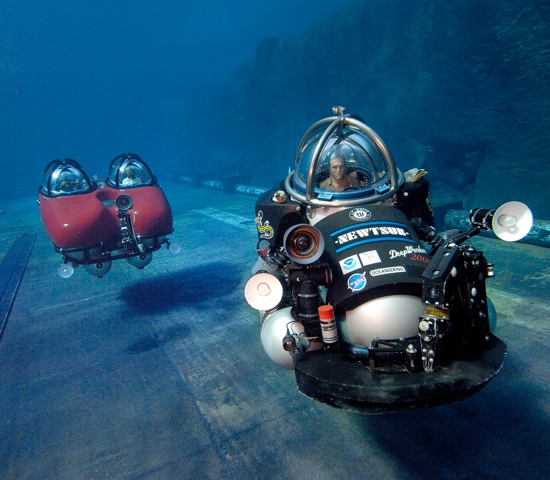 Nuytco Research Ltd. is a world leader in the development and operation of undersea technology. Nuytco and its sister company, Can-Dive Construction Ltd., have over forty years of experience working around the world.

Nuytco is best known for the "DeepWorker" series of 2000ft depth-dated microsubmersibles, in both single pilot and pilot and passenger configurations. DeepWorkers have been used all over the world for scientific, survey, construction, oilfield, tourism, film and photographic work.

Nuytco owns and operates a fleet of submersibles, ROV's, sonar systems and specialized tools for commercial and scientific applications. We offer training on the 'DeepWorker' series, or can supply a full crew with pilot(s) and support, as the client requires.

Whether for scientific research, commercial diving or for the movies, Nuytco offers state of the art diving technology and services with a reputation solidly built on underwater innovation and satisfied customers.

Nuytco Research Ltd. is a certified government vendor on SAM. Contact us for details.