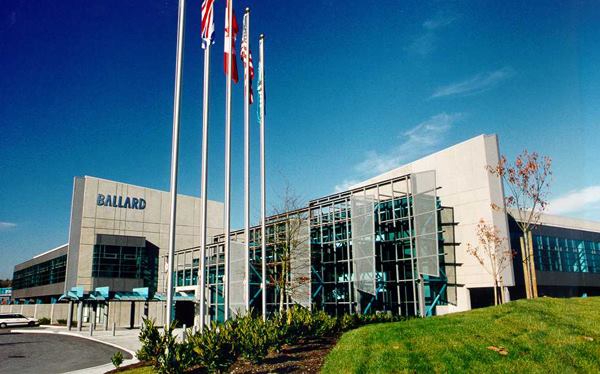 All amounts are in U.S. dollars unless otherwise noted and have been prepared in accordance with International Financial Reporting Standards (IFRS).

Mr. MacEwen continued, “We are seeing growing global market interest in fuel cell electric vehicles, or FCEVs, across a number of Heavy Duty Motive applications and use cases, including buses, trucks and rail applications, where standalone battery solutions are challenged to address the market requirements.”

China is poised to lead the adoption of FCEVs and Ballard continued to focus on execution of its China strategy during Q2:

(all comparisons are to Q2 2016 unless otherwise noted) For a more detailed discussion of Ballard Power Systems' second quarter 2017 results, please see the company's financial statements and management's discussion & analysis, which are available at www.ballard.com/investors, www.sedar.com and www.sec.gov/edgar.shtml.

Any such statements are based on Ballard's assumptions relating to its financial forecasts and expectations regarding its product development efforts, manufacturing capacity, and market demand. For a detailed discussion of the factors and assumptions that these statements are based upon, and factors that could cause our actual results or outcomes to differ materially, please refer to Ballard's most recent management discussion & analysis. Other risks and uncertainties that may cause Ballard's actual results to be materially different include general economic and regulatory changes, detrimental reliance on third parties, successfully achieving our business plans and achieving and sustaining profitability.

For a detailed discussion of these and other risk factors that could affect Ballard's future performance, please refer to Ballard's most recent Annual Information Form.

These forward-looking statements are provided to enable external stakeholders to understand Ballard's expectations as at the date of this release and may not be appropriate for other purposes. Readers should not place undue reliance on these statements and Ballard assumes no obligation to update or release any revisions to them, other than as required under applicable legislation.

1 We report our results in the single operating segment of Fuel Cell Products and Services. Our Fuel Cell Products and Services segment consists of the sale and service of fuel cell products for our power product markets of Heavy Duty Motive (consisting of bus, commercial truck and tram applications), Portable Power, Material Handling and Backup Power, as well as the delivery of Technology Solutions, including engineering services, technology transfer and the license and sale of our extensive intellectual property portfolio and fundamental knowledge for a variety of fuel cell applications.